0
423 Views
Warning: json_decode() expects parameter 1 to be string, object given in /srv/users/serverpilot/apps/ecsunewsroom/public/wp-content/plugins/posts-social-shares-count/classes/share.count.php on line 66
0
Shares 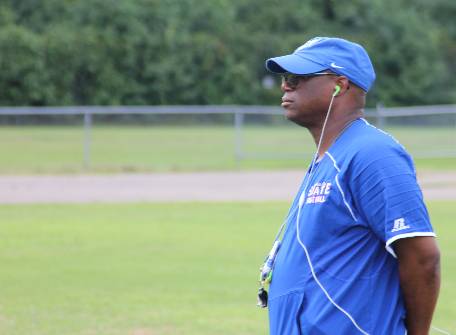 Viking head football coach Earnest Wilson and two players are being celebrated this week by The Central Intercollegiate Athletic Association (CIAA) when it announced its Players of the Week for the week of Oct. 17-23 Monday afternoon.

The conference office officials named Elizabeth City State University’s Wilson as Coach of the Week for the second time this season Daquan Neal as Quarterback of the Week and Tremayne Sweat as Defensive Lineman of the Week.

Neal’s play at quarterback helped ignite over 400 total offensive yards for ECSU 210 of which was his passing and 52 yards rushing. He accounted for four touchdowns (three passing/one rushing).

Sweat’s ability to find the ball and attack the opposing offense helped him capture his accolade for the week. He tallied five tackles in the win. Two and a half went for a loss of eleven yards one and a half was sacks that tallied 10 yards and an interception which he returned for 14-yards.

ECSU returns to action Saturday Oct. 29 when we play host to Virginia Union University in Roebuck Stadium for our Homecoming. Kick-off is slated for 1:30 p.m.

Follow Elizabeth City State Athletics via its official website at: www.ecsuvikings.com to get pre and post-game stories and updates. 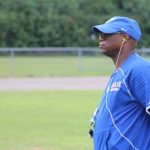