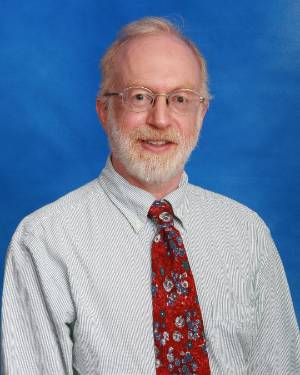 April is National Poetry Month and it is a great time for Eric Weil an ECSU associate professor of English to share one of his favorite pastimes—reading poetry.

He is scheduled to read poetry at four different sites over the next three weeks. His visits to area libraries are the result of mentoring four aspiring poets over the last three months in preparation for public presentations at select libraries. The Gilbert-Chappell Distinguished Poets Series (GCDPS) organizes this poetry series to foster the reading writing and the enjoyment of poetry across the state. In addition the series aims to provide guidance to aspiring poets. The GCDPS is sponsored by the North Carolina Poetry Society and the NC Center for the Book.

While the series’ goal of advancing aspiring poets is noble enough the series also seeks to lure larger numbers of patrons to area libraries in observance of National Poetry Month. During April three distinguished and published poets –- one each from the eastern central and western regions of North Carolina –- will complete the same mentoring process as Weil and assist their pupils at public presentations.

The aspiring poets submitted their drafts to Weil by email received suggestions and comments on their original poems. Last year he mentored four aspiring poets two adults and two college students. This year his cast of aspiring poets includes a ten-year-old one adult and two college students. Weil will read poetry with them at their respective hometown public libraries: April 6 in Wilson County Library in N.C. at 7 p.m. April 7at the West Carteret Library at 6:30 p.m. April 13 at Sheppard Library in Greenville at 7 p.m. and April 19 in Wilmington’s Northeast Regional Library at 6:30 p.m.

In addition to these readings all four aspiring poets will join Weil to read at Barton College’s National Poetry Month celebration called “Walking Into April” on Saturday April 9.

This series allows Weil the Distinguished Poet for eastern North Carolina to transfer his knowledge from a university classroom to a site where the public can easily access it. Weil credits the series with illuminating one of the oldest and most esteemed forms of entertainment. While poetry has captivated readers for centuries he acknowledges the study of poetry has suffered a few setbacks.

“Some people have considered poetry mysterious and even depressing. After years of publishing poetry readers have a large selection of poetry and poets to choose from.”

“Some poems are serious but others are humorous. Some of my poems are serious and some are funny” Weil explained. “Today people are experiencing poetry in more ways than ever before thanks to the technology that allows them to read it and to share by computers hand-held devices and orally.”

Weil earned his B.S. degree from Bowling Green University an MFA and a Ph.D. from UNC Greensboro. His poems have appeared in Poetry The American Scholar The Greensboro Review Southern Poetry Review and Literature Belief among others. He has published articles on Geoffrey Chaucer Nathaniel Hawthorne E. A. Robinson Fred Chappell and 20th Century African American poetry. He has three chapbooks of poetry: A Horse at the Hirshhorn (2002) Returning from Mars (2009) and Ten Years In (2014). Three of his one-act plays have been staged: “Enter/Exit” at the College of the Albemarle (2010) “Hamlet Act VI” (2010) at Southeast Raleigh High School and “Heart to Heart” at Raleigh’s Little Theatre for Triangulate a festival of NC playwrights (2014). He is the 2015-2016 Gilbert-Chappell Distinguished Poet for Eastern North Carolina. 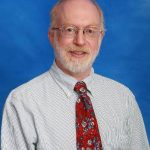