0
214 Views
Warning: json_decode() expects parameter 1 to be string, object given in /srv/users/serverpilot/apps/ecsunewsroom/public/wp-content/plugins/posts-social-shares-count/classes/share.count.php on line 66
0
Shares 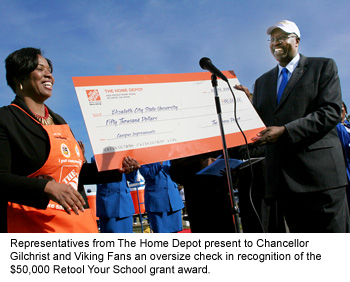 As part of the half time presentations, Honda Battle of the Bands presented a $1,000 contribution to the ECSU marching band to be used for student scholarships.

Mr. William Smith, vice chancellor for Institutional Advancement, said he was pleased to receive all the donations that will enhance fundraising efforts at ECSU.