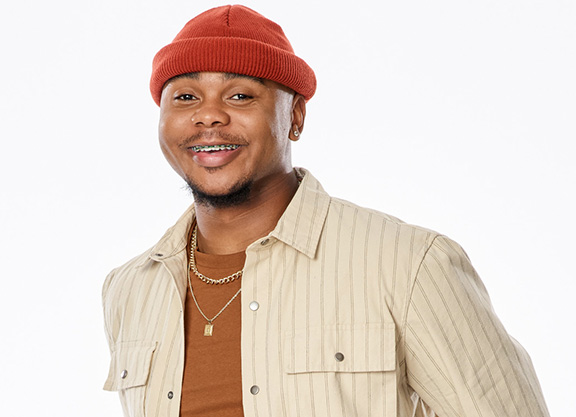 When Deion Warren took the stage on The Voice earlier this week, people that know the Elizabeth City State University graduate might have been surprised that he chose the hit single, “Shallow,” as his blind audition song. “Shallow,” made popular by actor Bradley Cooper and singer/actor Lady Gaga in the film, “A Star is Born,” is decidedly a country music song.

“I’m a huge fan of country music,” said the 28-year-old Viking alumnus. “It’s something I enjoy a lot.”

Anyone that knows Mr. Warren and his music know him, he says, for his gospel performances. In fact, while a student on campus, the 2015 criminal justice graduate was a member of the Essence of Praise gospel choir.

Growing up in Conway, North Carolina, life was challenging for a young man. He says the area struggles economically and there are few resources for youth, something that led him to finding trouble while in middle school.

But his family’s church and singing gospel music played a big role in turning his life in a new direction. He says he also made a decision to become an example of what is possible in life.

“It’s easy to find trouble,” he said. “But you can be the change you want to see.”

Part of that change meant that he would play a role in his community not specifically as a musician, but as a parole officer. Although music plays a big role in his life, he says he believes in being “realistic,” and understands that the music business is highly competitive. Being a criminal justice professional gives him the opportunity to be a part of that change Mr. Warren says he wants to see.

While being a criminal justice professional is his full-time job, being a part of the band, New Band on the Block, keeps him busy performing at venues around the state.

His band, he says, performs music from a diverse list of genres, and that gave him a lot of room to work on his performances for The Voice.

Mr. Warren had seen an ad on social media encouraging people to audition for The Voice. He made a video of his performance, submitted it online and within 30 minutes received an email telling him he would move on to the next audition.

His next audition was three video performances designed to show his musical range. Two weeks after submitting those videos, he found out that he had moved onto the blind auditions in Los Angeles where he performed “Shallow” in front of celebrity judges Blake Shelton, Nick Jonas, John Legend and Kelly Clarkson.

For the blind auditions, the performers are given a list of songs to choose from and Mr. Warren says he figured “Shallow” would be an opportunity to really show his abilities to the judges. The decision paid off with three out of four judges vying for an opportunity to coach him through the show’s competitions.

Mr. Warren chose superstar John Legend to be his coach during his time on the show.

“I feel like I connected to him more,” said Mr. Warren. “I knew he was looking for me to be myself. He understood my artistry.”

Mr. Warren’s artistry comes not only from years of performing, but also from the experiences that have shaped him. He says his time on the ECSU campus has played a significant role in shaping the man he is today.

During his time on campus, Mr. Warren was heavily active in campus life from clubs to music to his fraternity. In fact, he credits his time with Essence of Praise and his fraternity, Phi Beta Sigma Fraternity Inc., with shaping him while a student.

From here, Mr. Warren will perform with a partner on the “battle episode,” to air after March 22. Ultimately, he and the other contestants will rely on viewer votes to determine who wins The Voice.

To see his performance of “Shallow,” go HERE.To follow Mr. Warren on The Voice, check your local listings for the day and air time. 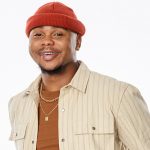