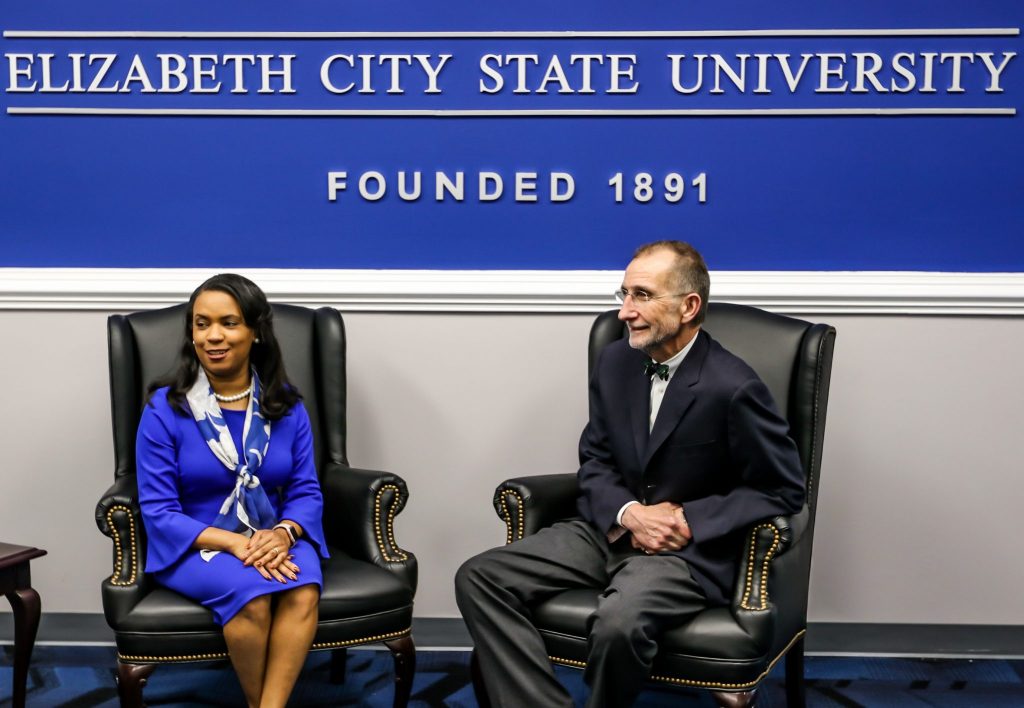 University of North Carolina System Interim President William Roper came to campus this week. Pres. Roper has been touring the 16 university campuses across the state, and he made his Elizabeth City State University stop Tuesday, April 16.

During a brief press conference, alongside ECSU Chancellor Karrie Dixon, Pres. Roper discussed the N.C. Promise Tuition Program, his enthusiasm for the future of Northeastern North Carolina’s university, and his excitement for the growing aviation program.

Speaking on N.C. Promise, Pres. Roper expressed a desire to see the reduced tuition program move forward and continue to bring students to the three campuses engaged in Promise, including ECSU. Pres. Roper said he has been meeting with state legislators, including Senate Pro Tempore Phil Berger, and the discussion surrounding N.C. Promise is positive.

“We are looking forward to moving it forward to great success,” he said.

“N.C. Promise is something we are really proud of,” said Pres. Roper.

This is Pres. Roper’s second visit to ECSU. Earlier in April, he had seen some of the campus, but on Tuesday the System head was looking forward to touring the aviation program labs and learning more about the growing program.

“It’s a terrific program with enormous potential,” he said. “I look forward to learning more about it myself.”

Pres. Roper said being at ECSU is a pleasure and he is enjoying “celebrating the success of the institution.”

“We’re very fortunate to have Pres. Roper,” said Chancellor Dixon. “He knows the System and he understands that we are very excited about his leadership.”

Pres. Roper said ECSU has a “proud history but it had fallen on hard times.” He is excited about the future and knows that Chancellor Dixon’s work leading the university is helping to turn it around, moving the institution in the right direction.

“And that turn-around is well underway,” he said. 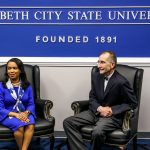