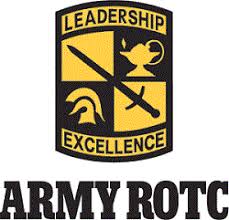 The commissioning was done virtually, according to Lt. Col. Judy Anthony, ECSU’s professor of military science. The commissioning ceremony typically takes place the Friday before commencement, however due to COVID-19 and the university’s remote learning protocol, the ceremony was held online for the spring 2020 semester.

Second Lt. Adrian Pickett graduated with a bachelor’s degree in aviation science, and a minor in military science. He will join the Army’s signal corps after completing the Basic Officer Leadership Course at Ft. Gordon, Georgia.

A San Antonio, Texas native, Second Lt. Pickett began his military service in January 2016 as an enlisted soldier in the U.S. Army Ordinance Corps. In 2018, he left active duty through the Army’s Green to Gold Program to pursue his degree and earn a commission as an officer.

Once Second Lt. Pickett completes the Basic Officer Leadership Course, he will be stationed at Ft. Gordon.

Second Lt. Ulmer graduated from ECSU with a bachelor’s degree in sports management and a minor in military science. He will join the Army’s ordinance corps after completing the Basic Officer Leadership Course at Ft. Lee, Virginia.

A Honolulu, Hawaii native, Second Lt. Ulmer was a member of ECSU’s Sound of Class Marching Band and drum major. He served as chairman of the College Council Board.

After completing the Army’s Basic Officer Leadership Course, Second Lt. Ulmer will be assigned to Joint Base Lewis-McChord near Tacoma, Washington. 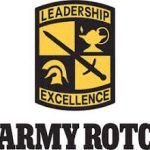