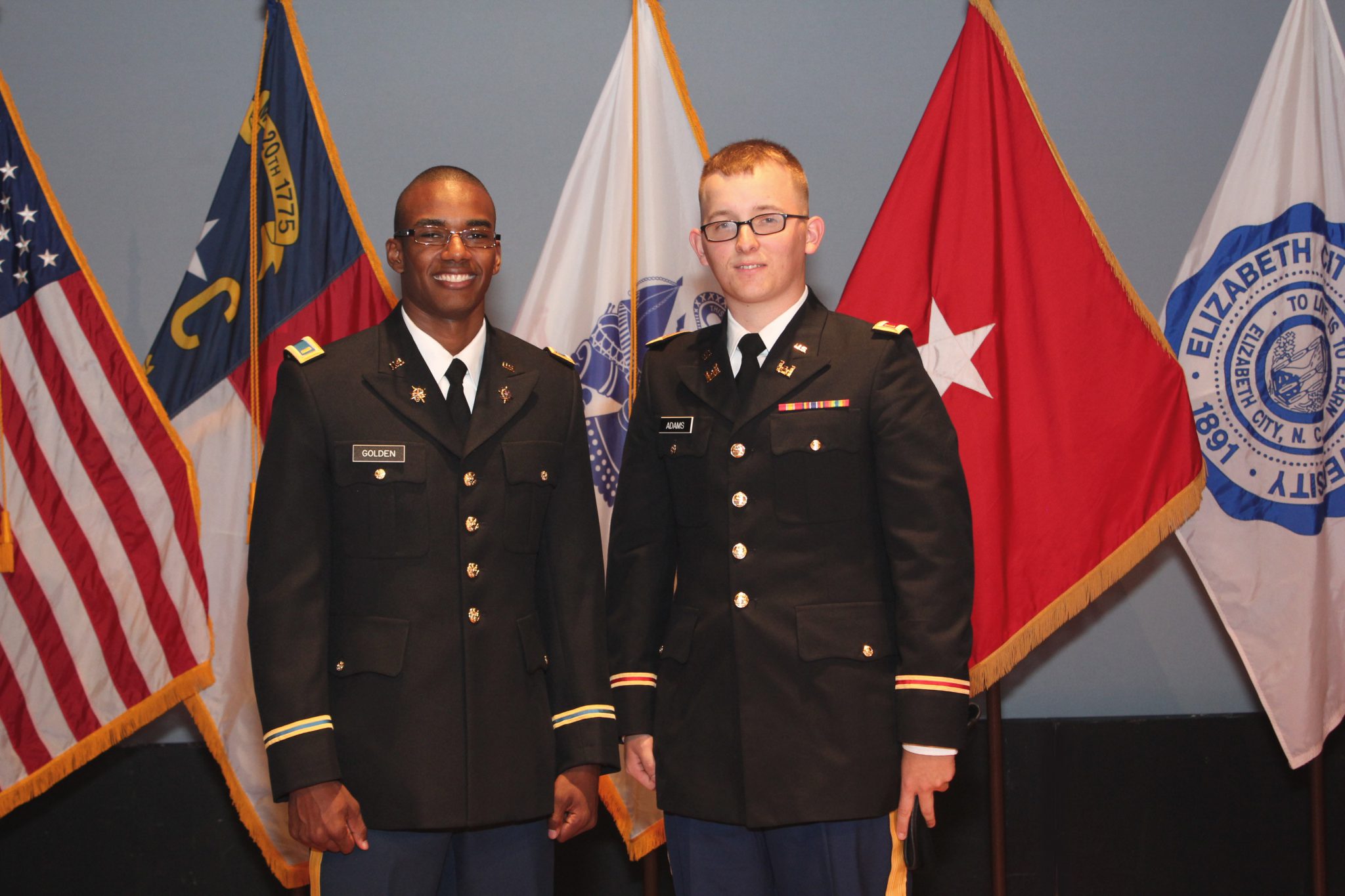 Golden, who majored in pharmaceutical science, will enter the U.S. Army. Adams, who majored in industrial technology, will enter the North Carolina National Guard. The two, who were commissioned during a May 13 ceremony, repeated their oath of office during the university’s 162nd Commencement Ceremony at Roebuck Stadium on May 14.

Officers are the leaders of the Army during every aspect of a mission and are trained to make decisions quickly focusing on mission success. Officers lead from the front and adjust to environments that are always changing. To be an officer is to be respected as a Soldier, an inspiring leader and a servant of the nation. The commanding officer is Lt. Col. Edward Gawlik III.