“Their various studies were conducted and written over a yearlong period,” said Dr. Stevenson.

Psychology major Jaida Ellis authored a manuscript titled, “How Else Can We Weather the Storm? An Exploration of Mental Health Effects of Hurricanes in Northeastern North Carolina.” It was accepted for publication in Y Ddraig Goch: An Interdisciplinary Honors Journal, publishedthrough the University of North Carolina at Greensboro.

Her work, which eventually became the content of her honors thesis, was based on a study she conducted with ECSU psychology professor, Dr. Kulwinder Kaur-Walker, as well as faculty from Old Dominion University, and researchers from Coastal Resilience Center. The research examined the prevalent mental health issues such as anxiety, depression, and alcoholism/substance abuse in a hurricane affected population.

The study was funded through the US Department of Homeland Security Summer Research Team Program for Minority Serving Institutions.

Krystal Lopez, an English major, collaborated with faculty at Bowie State University, Florida A&M University, and the University of Washington at Tacoma to conduct a study of undergraduate students’ perceptions of online study abroad among historically black colleges and universities (HBCUs) and its implications for the future of study abroad at these institutions. Her chapter titled, “Online Global Engagement and the Advancement of International Education at HBCUs” will be included in the edited book, “The Half Yet to Be Told: Study Abroad and HBCUs”, which will be published through the Forum on Education Abroad.

Communications studies major Kyra Purvis worked with faculty at North Carolina A&T State University and the University of Michigan to examine the extent to which newspapers, television and social media have played a role in influencing national perceptions of, and participation in, black social movements. Her chapter titled, “Media’s Historical and Contemporary Influence on How Black Social Movements are Viewed in the United States, “will be included as a chapter in the edited volume, “Critical Race Media Literacy: Themes and Strategies for Media Education,” published by Routledge Press. 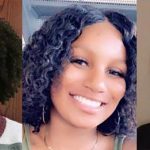