The Pink Out at ECSU Raises Awareness for Breast Cancer 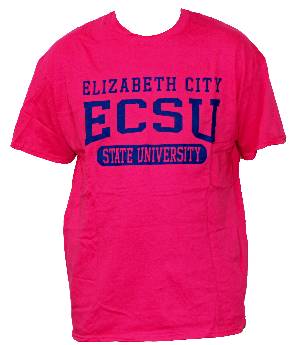 If you’ve ever known anyone with breast cancer then you know how devastating and frightening the disease can be. At Elizabeth City State University, many people know firsthand the reality of breast cancer and since October is Breast Cancer Awareness Month, we’re doing our part with The Pink Out at ECSU.

Two October Viking games, volleyball and football, will raise awareness about breast cancer by asking fans, team members, cheerleaders and the community at large to attend these events dressed in pink.

The community will be directly involved in the events, also. Haddad says Sentara Albemarle Medical Center will host a booth, as well as the American Cancer Society. There will be giveaways at the gate during the football game. Tickets to the games are available in Elizabeth City at Arts of the Albemarle and Museum of the Albemarle.

According to the American Cancer Society, in 2015 more than 200,000 cases of breast cancer were diagnosed in the United States. More than 40,000 women died of breast cancer in the U.S. in 2015. For more information on breast cancer, visit www.cancer.org.

The Pink Out at ECSU Raises Awareness for Breast Cancer