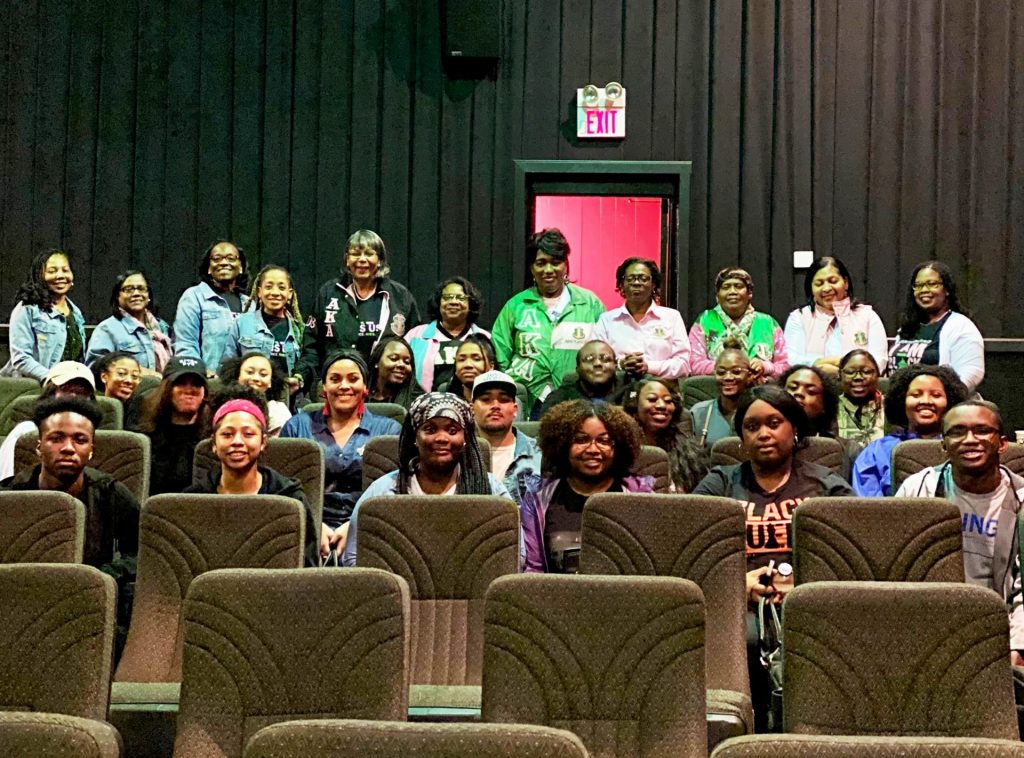 Thirty students, faculty, staff, and alumni attended the film based upon the memoir by Bryan Stevenson, founder of the Equal Justice Initiative. The film tells the story of Walter McMillian, an African American man from rural Alabama who was wrongfully convicted of murder, and sentenced to death.

“I thought it would be a great opportunity to work with RCE Theater again after the success we had bringing ‘Harriet’ to Elizabeth City,” said Dr. Stuckey.

Dr. Stuckey also worked with Dr. Velma Blackmon, former director of ECSU’s Honors Program, to provide tickets for the students. Dr. Blackmon, working with her sorority sisters from Zeta Kappa Omega, provided 25 tickets to students, and joined them at the screening.

“My chapter is committed to supporting ECSU as we have adopted it as ‘Our HBCU.’ Not only are many of our members graduates, but many of us have worked there or are working there,” said Dr. Blackmon. “We see this opportunity to participate in the Black History Month event as a way of sharing our experiences with the students.”

• Wednesday, Feb. 19 at 5 p.m., Dr. Latif Tarik will give a talk at the Pasquotank Public Library about the Maroon communities within the U.S.

• Thursday, Feb. 20, the ECSU University Choir will give a spoken word performance at the Arts of the Albemarle Third Thursday Jazz series in downtown Elizabeth City from 5-7 p.m. A bus will shuttle students to the event at 4:30 p.m. and return to campus at 7 p.m. Bus pick-up will be outside the ECSU Bowling Center.

• Friday, Feb. 21 the ECSU Concert Band will give a “Tiny Desk” recording performance entitled “CTR: Check the Resume Unplugged” at 7 p.m. in room 206 of the Fine Arts building.

• Dr. Glen Bowman will discuss “Celebrating a Tri-Centennial: Elizabeth City’s African-American community and the pivotal year of 1919.” The event will be held at the Pasquotank Public Library Feb. 26 at 5 p.m. 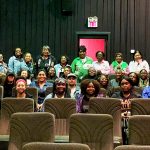