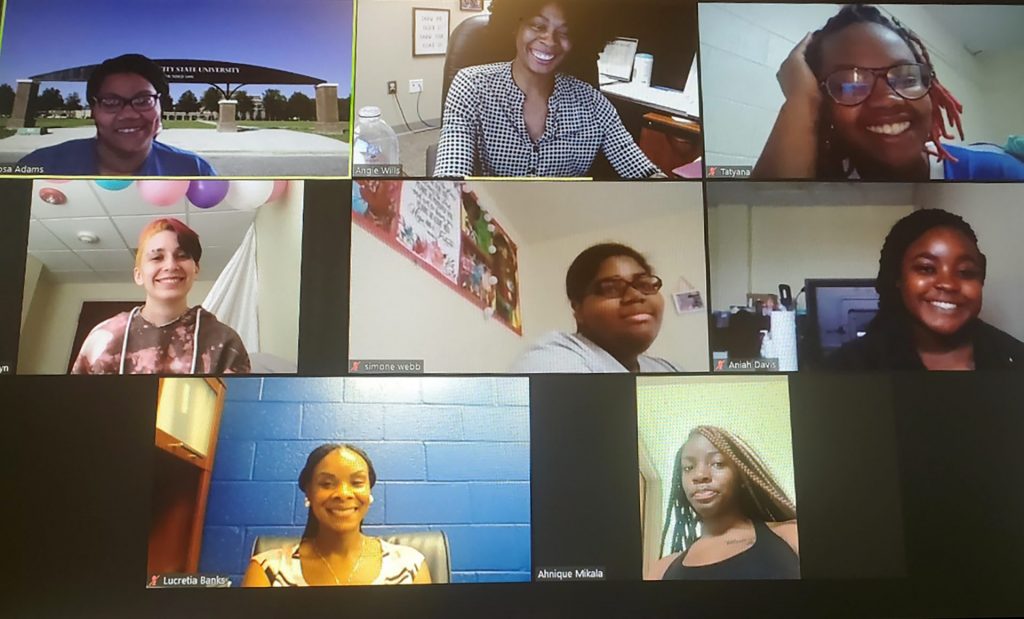 Perhaps more than any time in recent memory, the efforts of Elizabeth City State University student success programs are more important than ever. During the COVID-19 pandemic, campus programs such as Champion Scholars and Sister2Sister are rising to the occasion, giving first-year freshmen an opportunity to find guidance, wisdom and peer support as they navigate life as university students.

Champion Scholars, led by interim dean of students, Dr. Coray Davis, launched in the fall of 2019. It is a male-focused effort to give freshmen a chance to succeed academically, socially, and emotionally.

The students live in residential housing under the same roof. This, according to Dr. Davis, provides them with on-site peer support and team building.

Last year’s freshmen are this year’s Champion Scholar mentors. Freshman Tyree Cook began his Champion journey last spring, as a first-semester freshman, and he was off to a rocky start.

His mentor, Maxwell Mensah, however, was able to provide him with the guidance he needed to pull through his first semester, and even navigate the move to remote classes as students went home during the first months of the pandemic.

“My first semester was really hard,” said Mr. Cook, a digital media major. “I was going through a lot of depression. I didn’t think I could maintain.”

But Maxwell Mensah and his twin brother Michael stepped in to aid Mr. Cook. He needed motivation, help with time management, and tutoring. The brothers guided him through his challenges.

“Without them, I think I could have been a college dropout,” said Mr. Cook. “I have different standards and expectations of myself, now. I have a real sense of pride.”

At the foundation of Champion Scholars, Mr. Cook’s success is what the program seeks to accomplish. Along the way, however, these students also receive sage advice from professionals about career building, workshops on financial literacy, and more.

In an ideal world, all of this would be done in the community room of University Towers where the students live under the same roof. However, during the days of COVID-19, their sessions are all done virtually.

“If we were to go remote, Champion Scholars will still function,” says Dr. Davis.

While the men of Champion Scholars are finding success, the freshmen ladies of Sister2Sister are also thriving on campus. The female counterpart to Champion Scholars, the student success program is led by Tiffany Hinton, assistant dean of students.

Ms. Hinton said Sister2Sister began last spring, but its momentum was interrupted by the pandemic. This year, however, like their male counterparts, the program is holding its workshops and “Girl Talk” sessions virtually.

“We’re scheduling activities and meetings that can be virtual,” said Ms. Hinton.

And like Champion Scholars, if the need arises, Sister2Sister will continue its programs even if the entire campus was to go remote. That includes, “Girl Talk,” a program that focuses on “a different range of topics,” including mental well-being, relationships, and sex talks says Sister2Sister member Tatyana Hunter.

Ms. Hinton says all of the programs are designed to promote “holistic development,” and “sisterhood.”

“There is an educational component, workshops planned, and career services along with Champion Scholars,” she says.

Anyanna Davis says Sister2Sister provides a “special bond” between her and her peers. Desiree Mills says it’s her hope to see how “other girls think and how they relate.”

“It’s about building bonds and new friendships by talking about our situations,” says Ms. Hunter.

Ms. Hinton says some of the workshops and programs planned for the ladies will focus on resume building, a domestic violence workshop with Albemarle Hopeline, a yoga class led by certified yoga instructor and ECSU Board of Trustees president, Jan King Robinson, and a workshop on mental health, led by the campus counseling services.

The ladies of Sister2Sister say they look forward to one day being back to an in-person environment. And while working virtually has its challenges, they’re prepared for the semester.

“I definitely think it (working virtually) will make an impact, but I also feel that if we stick to it and participate and interact, we can still bond,” said Ms. Hunter. 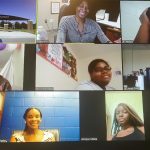