0
799 Views
Warning: json_decode() expects parameter 1 to be string, object given in /srv/users/serverpilot/apps/ecsunewsroom/public/wp-content/plugins/posts-social-shares-count/classes/share.count.php on line 66
0
Shares 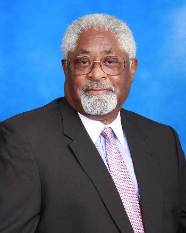 There’s no time like homecoming to reflect on the student athletes who led us victory.

Dr. Claudie Mackey, co-founder of the Elizabeth City State University Sports Hall of Fame, will welcome a crowd to the K.E. White Center on October 16 to reflect on the era when our inductees outperformed their competitors. Three of the inductees played football and one was a champion wrestler.

Calvin Webster, was a four-year letterman who played defense for the Vikings between 1964 and 1967. He earned “Rookie of the Year” as a freshman. He was an alternate kicker for his team. Webster died in December of 2012.

Gary Moore was an outstanding wrestler for the Vikings for four years. He served as co-caption of the team during his senior year when they won the university’s fourth Central Intercollegiate Athletic Association championship.

Tim Johnson was a four-year letterman for the football team between 1989 – 1992. During his senior year he selected as an ALL-CIAA quarterback.

Hall of Fame candidates are selected from all sports offered in the past at the university. There are 13 members of the selection committee and two screening members assisting with the organization of this annual event. Tickets, $30 per person, are available for advance purchase. Contact Dr. Mackey, 335- 3479, to purchase them. A limited number of tickets will be available at the event entrance door.