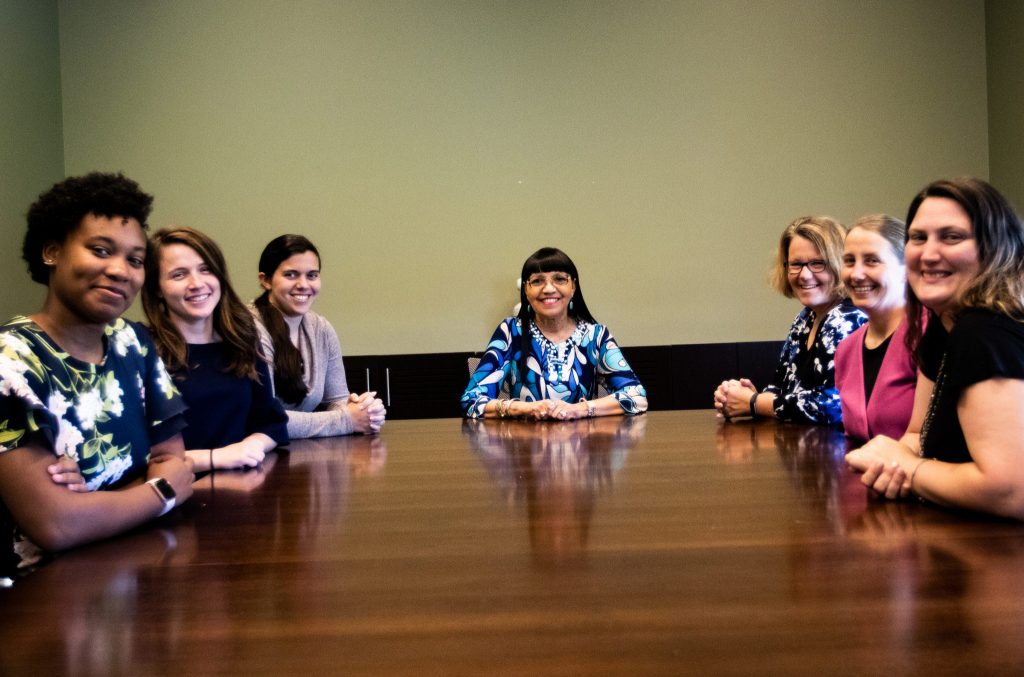 Six new elementary teachers are ready to help shape the minds of future generations. These women are graduating from Elizabeth City State University with bachelor’s degrees in elementary education after a year of student teaching, carrying on a long tradition.

When ECSU began as the Elizabeth City State Normal School nearly 130 years ago, part of the school’s mission was to educate future teachers. And while much has evolved on the campus over the decades, educating future teachers is still a big priority at ECSU.

Dr. Saundra Copeland is retiring after this semester, but not before she sees this crop of graduates walk the stage after a year of her guidance and their work as student teachers.

“All six are elementary education majors,” said Dr. Copeland. “They were placed in various schools to complete this internship. This is an opportunity to observe for a period time and to teach lessons.”

During their fall semester, these students were tasked with observing the classroom and the work of the teachers. During this last semester, each of them began working with the teachers, planning lessons, sharing teaching responsibilities, and finally going solo in the classroom.

“Overall my experience was great,” said Spence. “I was nervous at first but the kids were excited and the teacher gave me the opportunity to teach by the second week.”

Spence said the fact that her teaching mentor “fully trusted” her, and the students were excited to have her in front the class eased her nerves and gave her the confidence she needed to work with the kids.

Carlie Spear, 23, grew up in Hertford and attended Perquimans Central Elementary School. That’s also where Spear did her student teaching with first graders. She says her teaching mentor, Laura Duncan, set a positive and confident tone for her.

“She is amazing,” said Spear. “She helped me with everything. She gave me complete control of the classroom as long as I passed things by her first.”

Spear says going in, she was nervous about how she would be as a teacher. Coming out of her student-teaching experience, however, she’s convinced that she’s in the right place.

“I was very nervous,” she said. “I ended up really falling in love with the grade. I now want to teach the grade.”

Tarranova says kindergarten students are honest and are excited about being in school.

Sharon Nixon, 47, made the decision to return to school later in life, after being a mother, and working for years as a teacher’s assistant. The Chowan County native says teachers and school administrators encouraged her to pursue her degree and get into the classroom.

She has been working as a student teacher at Chowan’s D.F. Walker elementary, in the fourth grade. She said the experience was “fabulous.”

“I worked for 12 years in K through 2, but really enjoyed the fourth grade. I hope I can stay there,” she said.

Amy Williams, 36, is also a mom who was busy raising kids. The Camden County native now lives in Elizabeth City and she had her teaching experience at J.C. Sawyer Elementary with first graders.

Williams says her life has been busy as the mother of three, but when she began volunteering in her youngest child’s classroom, a lightbulb went off in her head.

Renee Braymiller was Williams’ teaching mentor, but the future teacher says the entire staff there, especially other first grade teachers, mentored her. The experience has shown her she was right where she wants to be as a teacher.

Jennifer Boyd, 31, also came to her career choice later in life. Also a mother, Boyd had attended College of the Albemarle to earn her early childhood education certificate, but she would go back thinking that perhaps she would now earn an associate’s degree in business.

That led Boyd to working for Target as a manager; something she says she quickly realized was not for her.

“I knew I wanted to teach,” she said.

Boyd did her student teaching in the third grade at P.W. Moore Elementary in Elizabeth City. She says she was pushed to become an accomplished student teacher, and encouraged to the point that she left with confidence in her ability.

Boyd says she’s excited about her future as a teacher.

As for their advisor and instructor, Dr. Copeland, she said this is one of the best crops of new teachers she’s seen in her many years as an educator. That means Dr. Copeland will be retiring on a high note when she leaves ECSU after graduation. 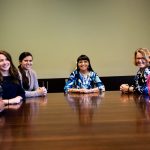