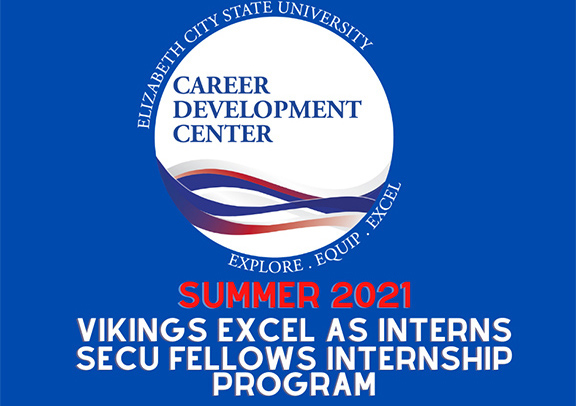 For more than three years, Elizabeth City State University has partnered with the State Employee’s Credit Union to offer grant funding for students to pursue paid internships. This summer, 20 ECSU students benefitted from $100,000 awarded to ECSU.

According to the university’s interim internship coordinator, Morgan Ray, resumes and applications were submitted and reviewed by the ECSU Career Development director, Yolanda Carcana, and positions across the state were awarded to students. Some students, she said, also obtained internships independently.

“Students interested in a specific internship went through the interview process prior to being hired and were subsequently awarded the SECU Public Fellows Funding,” said Ms. Ray.

The internships ranged from accounting to aviation science to criminal justice and more. Students were paid $13 an hour and expected to work a minimum of 320 hours or a maximum of 384 hours during their internships.

Ms. Ray says that her office checked in with various interns and their employers, and the reports were encouraging.

“She has great ideas and is incredibly involved in the assignments and processes that she is working on with us,” said Ms. McNeil. “I am so happy she is with us. We’ve even invited her to Greensboro for a few meetings.”

“She is very talented and a great communicator,” said Ms. Story. “She meets her deadlines and is very receptive to constructive criticism. She is a wonderful intern.”

“It is a valuable partnership and experiential learning opportunity for students,” she said.

This year’s ECSU student interns are: 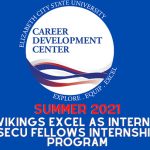