0
222 Views
Warning: json_decode() expects parameter 1 to be string, object given in /srv/users/serverpilot/apps/ecsunewsroom/public/wp-content/plugins/posts-social-shares-count/classes/share.count.php on line 66
0
Shares 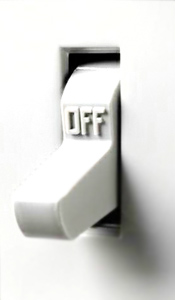 Students living in Elizabeth City State University residence halls are competing against each other to reduce their use of electricity. Since early April, students in 10 residence halls have been encouraged to follow some simple steps that could help make the university a more energy efficient institution. The residence hall that wins the competition known as the &quotGreen Off&quot will win that all-time college favorite celebration – a pizza party.

In order to compete, students were encouraged to remember the following tips:

The competition was organized by the Student Government Association and the Sustainability Committee and was funded by the Student Life office in partnership with the Institute for Capacity Building, a division of the United Negro College Fund. Green Off is one of five initiatives held on campus to promote recycling and energy conservation.

In order to properly log changes in energy use, a comparison was made between the usage during the identical periods of last year and the current year. As of April 13, the residents of Mitchell Lewis had reduced overall energy consumption by 23 percent, more than residents of any other hall. The competition ended on April 15, and the winning residence hall will be announced during the week of April 18 leading up to Earth Day, which is on April 22.

Cassidy Cannon, vice president of External Affairs for the Student Government Association and a Green For All College Ambassador, contributed to this story.