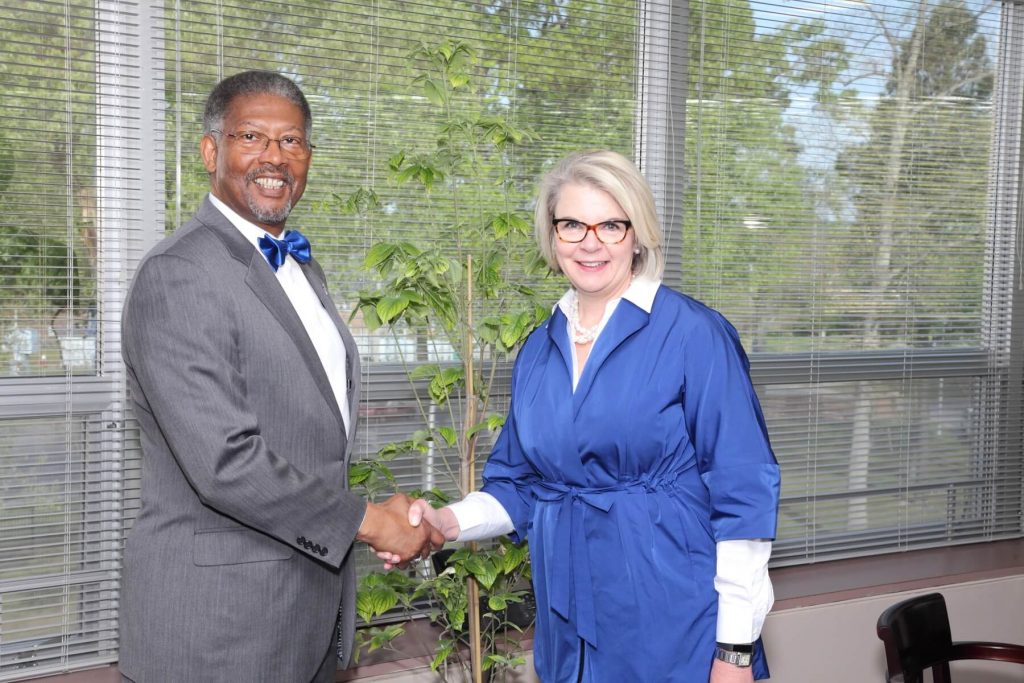 UNC President Margaret Spellings met with ECSU Chancellor Conway Wednesday, Oct. 25, along with members of the UNC Board of Governors and ECSU Board of Trustees to launch phase two of a working group designed to ensure the future of the university.

Elizabeth City State University has turned a corner in its efforts to boost enrollment and now, according to UNC System President Margaret Spellings, it’s time to move forward and “take stock of where we are.”

Those were Spellings’ words Wednesday, Oct. 25, when she joined Elizabeth City State University Chancellor Thomas Conway, university staff and Board of Trustee members, along with UNC Board of Governors members, for what is being called phase two of a working group designed to secure the university for future generations.

“We have a solid, stable platform for the future of the university,” Spellings said.

Last year Chancellor Conway led a working group to address the need to increase enrollment at ECSU. As a result of that group’s work, ECSU saw the first significant increase in enrollment in five years this fall. Moreover, the implementation of NC Promise, an initiative that soon will reduce in-state tuition to $500 per semester, is also expected to boost enrollment.

“This is a journey that will have tremendous impact on the university,” said Kim Brown, chairman of the ECSU Board of Trustees.

Walter Davenport, who is also the former ECSU Board of Trustees chairman and current member of the UNC Board of Governors, said the university is a major economic engine for Northeast North Carolina and the purpose of this group is to, “ensure that it remains just that.”

Spellings said Chancellor Conway has led the effort to boost enrollment and she expressed her continued support of his leadership. Spellings also acknowledged that while progress is being made, there is plenty of work to do.

Chancellor Conway said that ECSU is “critical to the region and worth investment of public support. Major changes have occurred at ECSU, but in fits and starts insofar as policy and personnel are concerned.”

“It’s time to go for a permanent, sustainable fix,” said Chancellor Conway. “Leveraging the resources of ECSU and UNC General Administration will help make that happen.”

That fix, according to Davenport, will focus on the infrastructure of the university and will entail a nine-month process designed to set ECSU on a firm foundation.

“We have a very aggressive timetable,” said Davenport.

Davenport explained that in November and December, the working group will be looking at the operations of all university divisions. They will make immediate changes where they are needed, and “recommend new structures” where appropriate.

“Eight-to-nine months is all we have to do this,” he said.

In addition, Dr. Karrie Dixon, the UNC System vice president for academic and student affairs, will work directly with ECSU and the working group throughout the process.

“This is a historic day,” said Board of Trustee member Harold Barnes, an ECSU alumnus, and working group member. “The Board of Governors has opened its arms to enter this relationship. All they ask of us is accountability.” 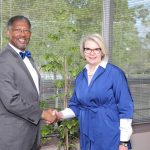