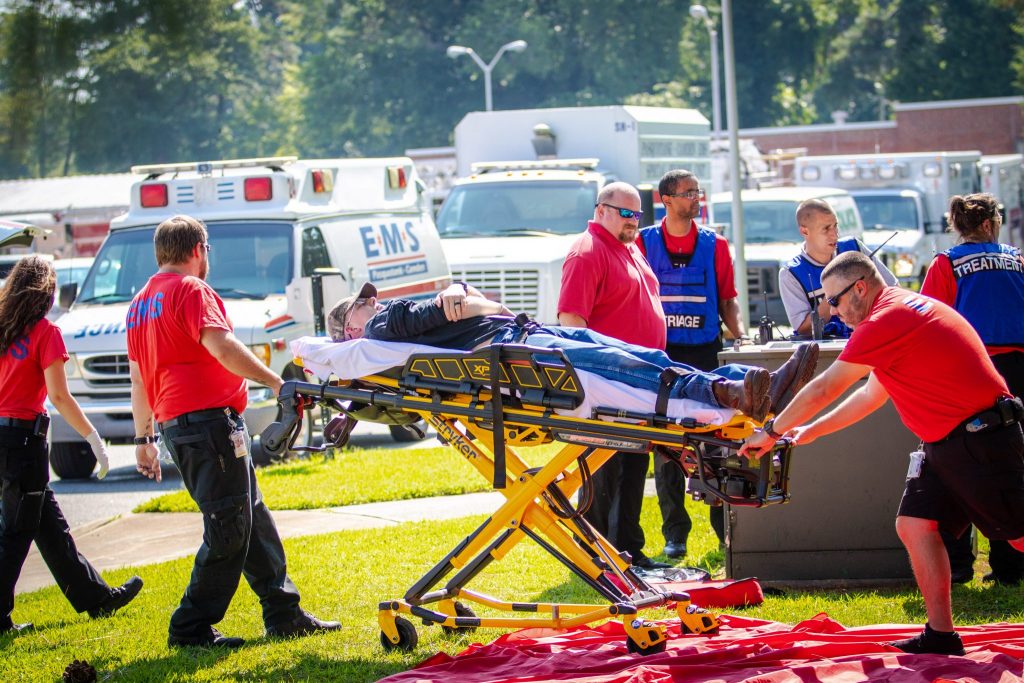 Early in the morning Tuesday, July 17, the parking lot of the Fine Arts Center on the Elizabeth City State University campus was teeming with police officers. Law enforcement agents from Elizabeth City, and the Pasquotank County Sherriff’s Department joined ECSU’s University Police and the Pasquotank/Camden Emergency Management team for a “mass casualty drill” designed to simulate an on-campus shooting and the emergency operations that accompany such a tragic event.

In recent years campus shootings have become commonplace across the country. Drills such as this serve to prepare law enforcement and university emergency management team members. The drill reinforces emergency plan protocols and offers campuses such as ECSU a good look at how the plan stands up to real-time emergency scenarios.

By all accounts, the drill was a success, according to ECSU Police Chief John Manley.

“Everything went really well,” said Manley. “The drill gave us a chance to assess our plan and see how we can improve.”

With the assistance of a private emergency management contractor, Envirosafety, the drill was organized to evaluate the preparedness of the ECSU campus, and surrounding agencies. While law enforcement played their roles, university officials participated as members of the campus’s emergency management team, coordinating necessary actions across campus, and vital communications, all designed for the safety of students, faculty and staff.

The drill took place in Moore and Johnson Hall, on the north end of the campus. The scenario, orchestrated by campus police and Envirosafety, featured a shooter firing a weapon inside a building, injuring and killing a total of 13 mock-victims.

Once the shooting occurred, a call was placed to 911. At that point, an emergency siren alerted the campus, followed by texts and emails. The campus was placed on lock-down and a “stay-in-place” order was issued to students, faculty and staff members.

Law enforcement converged on the scene to apprehend the shooter, while fire and emergency medical teams set up a triage unit, and victims were taken to Sentara Albemarle Medical Center. At the hospital, medical personnel were on hand to receive the wounded and conduct their own drill, coordinating with the campus activities.

As the action across campus unfolded, an emergency management team monitored the situation and executed decisions such as communications, family notification, and more. Each possible scenario from campus communications to working with outside media, to coordinating with concerned parents was covered in the drill.

All of this took place as Envirosafety experts observed and evaluated the actions of university staff.

Inside the Chancellor’s Board Room, on the third floor of the Marion R. Thorpe Administration Building, Interim Chancellor Dr. Karrie Dixon directed the administrative action along with her vice chancellors and administrative support staff. Dixon said the exercise was successful and offered ECSU insight into its preparedness in the case of a traumatic event.

“Today’s emergency management drill was a great success and provided ECSU with the necessary understanding of the vital role each member of the university’s community plays in these situations,” said Dixon. “I am encouraged by the diligence and focus of each staff and faculty member who participated in the drill. And I am grateful to each and every person for their hard work and dedication to the safety of the ECSU community.” 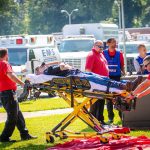