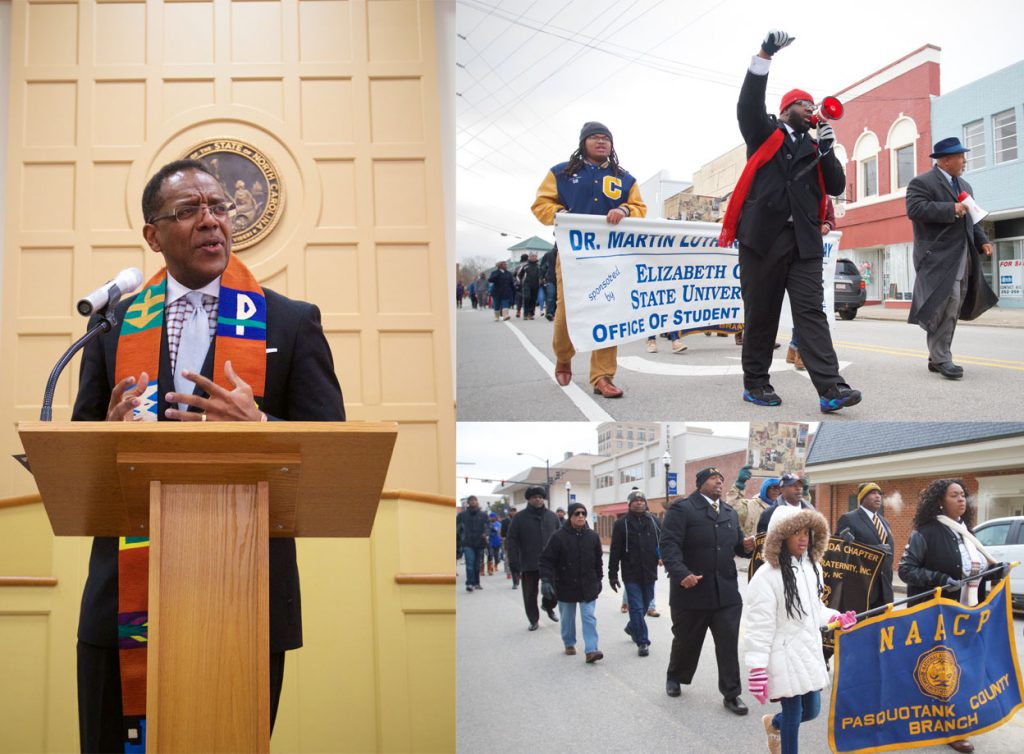 The Rev. Curtis E. Gatewood, left, was the keynote speaker for the annual Martin Luther King, Jr. Day Celebration. An estimated 100 Elizabeth City State University and College of the Albemarle students, faculty, staff, and community members, marched from the ECSU campus to the Pasquotank County Courthouse.

Dr. Martin Luther King Jr. pursued more than a dream, he pursued action in the name of social justice. The Rev. Curtis E. Gatewood made that point to Elizabeth City State University and College of the Albemarle students, faculty, staff, and community members, during his keynote address at the annual Martin Luther King Jr. Day Celebration, Monday, Jan. 15.

The morning temperatures were cold and although a wind made the chill even more uncomfortable, an estimated 100 people gathered to march from the G.R. Little Library on the ECSU campus to the Pasquotank County Courthouse, a two-mile walk to commemorate the life of Dr. King, and his work for social justice.

Gatewood, who has worked with former North Carolina NAACP president, The Rev. William Barber, to organize Moral Mondays, and the social justice campaign, Stop Killing Us, spoke inside a packed courtroom, emphasizing the need to take action now.

“We are in an urgent time and we believe that faith is a source of insurmountable strength and courage that enables us to do the impossible,” said Gatewood.

Gatewood emphasized that Dr. King’s legacy has been “whitewashed” for the sake of commercialization by corporations. He decried the “revisionist” efforts to water down his action, a non-violent movement which worked for social justice.

Gatewood referred to Dr. King’s famous “I Have a Dream,” speech given on the steps of the Lincoln Memorial during the famed March on Washington in 1963. He said too much focus has been placed on what Dr. King would say was his “dream,” rather than the people who have been fighting to see that dream come true.

“It seems there has been emphasis on the dream more so than emphasizing the dreamer,” said Gatewood.

He referred to the need to take action for social justice as “the fierce urgency of now.”

Gatewood encouraged people to move on the dream, to take action now, and stand up for what is right. As a member of the clergy, Gatewood also emphasized that the cue for social justice could be found in the Bible. He pointed to the words of Jesus, asking his followers to care for one another, to see to your neighbor’s needs, and love one another, regardless of race, gender, creed and more.

“This was a message about doing exactly what we should do on the day we celebrate the life of Martin Luther King Jr.,” said Chancellor Conway of Gatewood’s speech. 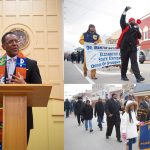