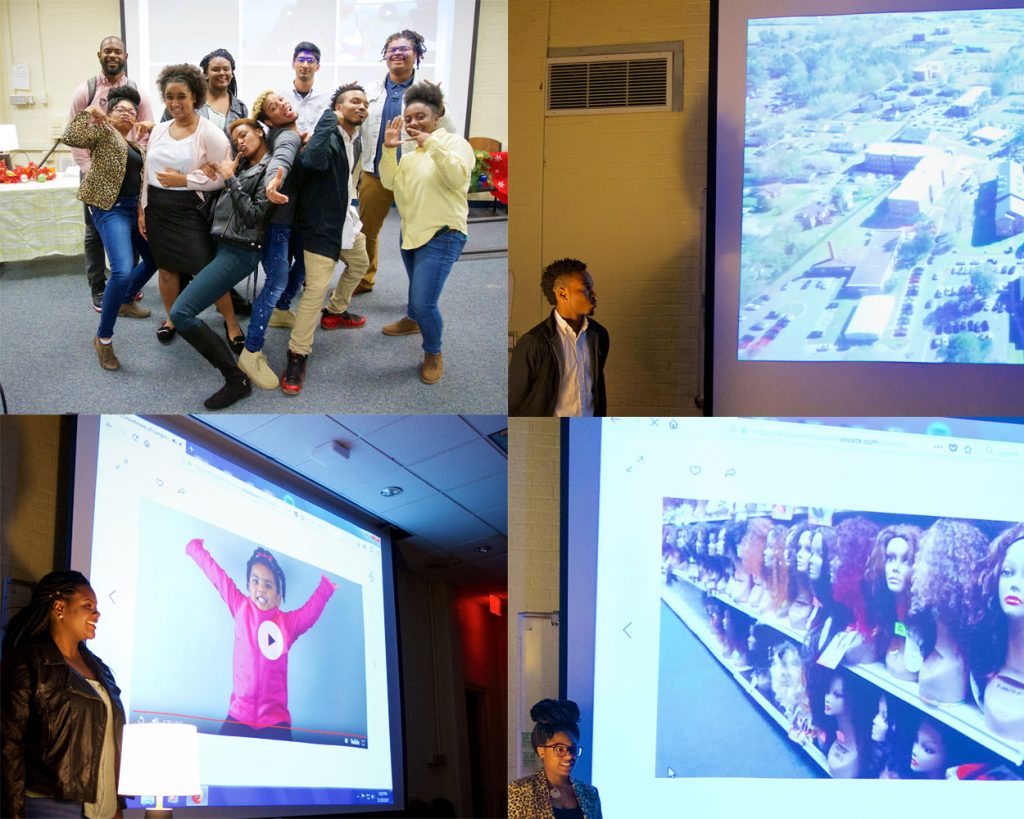 The excitement and the pride were palpable as Elizabeth City State University students gathered to share their work during the Media Arts Showcase on Nov. 30. It was a chance, as Dr. Walter Iriarte, assistant professor in the Language, Literature and Communications Department said, for these nine students to show off their skills, and the work they have committed to over the 2017 fall semester.

“I know I was hard on you,” said Dr. Iriarte to the students showcasing videos, audios and even a couple of stop motion animations. “But I think it paid off.”

Each student was tasked with creating videos expressing an idea, explaining a subject, or reporting facts. Students relied not only on broadcast journalism techniques, but also documentary short techniques, like Kris Coffield who celebrated his relationship with his late mother in “Mama’s Boy.”

Dreama James took her camera to downtown Elizabeth City to talk about a couple of restaurants and interview the owners, and discussed how more ECSU students might frequent these downtown eateries.

“They said they would if they were given a student discount,” said James.

James also talked about the challenges she faced producing the video: transportation from the ECSU campus to downtown, and learning the nuances of doing camera work.

Mattelyn Bond chose to focus her camera on “small town problems.” Using broadcast journalism techniques, Bond was the reporter for this video report and she explored the pros and cons of three beauty supply retail operations, employing a checklist to rate each one.

Leon Davis also became a reporter on the street with his camera. He ventured out to discuss flooding in downtown Elizabeth City.

Miquel Washington created an ECSU promo video while Wes Holloway hit the streets to do a field report. And Marcella Barnes drew a lot of laughter when she presented her infomercial for, “repellent if you don’t want to be bothered on campus,” called “Boy Be Gone!”

And at the end, although he’s not a media student, engineering major Don Banerjee screened a comedic look in the day in his life working out the details of an assigned essay.

The presentation was the first of its kind, according to LLC Department Chair, Dr. Kenneth E. Jones. Dr. Jones said he hopes to see the showcase continue and grow, celebrating the work of ECSU students. 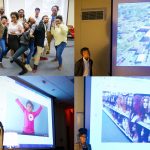