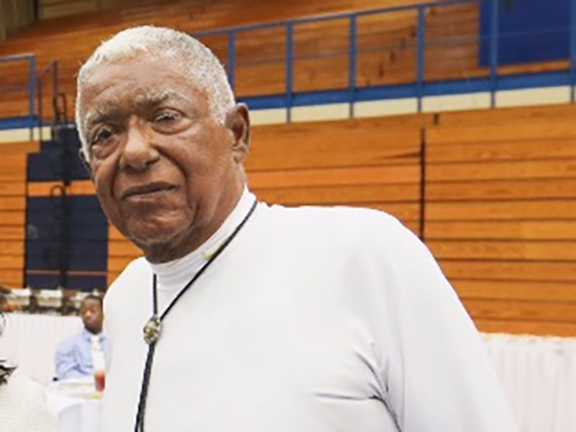 During his 37-year career, Coach Vaughan would become one of the most celebrated basketball coaches in CIAA history. He would serve as head basketball coach, full professor, department chair and mentor and advisor to thousands of students. He would lead his teams to 502 career wins and two CIAA basketball championships.

“Coach Vaughan was the ultimate Viking, a legend, and this is a devastating loss,” said ECSU Athletic Director George Bright. “ I have relied hugely on his advice, counsel and insights cherishing in his terrific stories about his family, his players, and his life.  He will be remembered forever.”

The 93-year-old Coach Vaughan spent his entire career with ECSU, becoming the institution’s first intercollegiate men’s basketball coach in 1949 and first athletic director in 1957, through his retirement in 1986. He would also serve as the first chairman of the university’s Department of Physical Education from 1957 to 1978.

“Coach Vaughan’s legacy exemplifies exceptional dedication to his students and to ECSU,” said Chancellor Karrie G. Dixon. “He has made a significant impact on this university and community, and he will be missed by so many.”

After graduating from Virginia State College at 19, Coach Vaughan would attend graduate school at Columbia University in New York. Before he could finish graduate school, then Elizabeth City State Teachers College would recruit him to become the first head basketball coach.

That was in 1949 and Coach Vaughan was only 21-years old. He would oversee the construction of ECSU’s first gymnasium, and be named the Eastern Intercollegiate Athletic Conference Coach of the Year during the athletic program’s inaugural year.

After being drafted and spending two years in the U.S. Army, Coach Vaughan would return to ECSU. He would spend his career not only building ECSU’s championship winning athletics program, but also become an integral part of the CIAA where he served as president of the conference and eventually named lifetime honorary president.

He also holds the distinction of being only one of three coaches in North Carolina to win 500 basketball victories and to have a building, the R.L. Vaughan Center, named in his honor while still living.

Coach Vaughan was known as a great chronicler of ECSU athletic history and donated his entire collection of papers and photos to the university archives. He also authored “Elizabeth City State University: Sports Legacy with Coach ‘Bobby’ Vaughan 1949-1986.”

Aside from his work in athletics, Coach Vaughan is remembered for his work with students. He was a mentor and an important role model across the ECSU campus.

“For all of his accomplishments as a long-time Viking coach and administrator, his rich personality clearly defined him,” said A.D. Bright. “He often times spoke of his best titles being father, grandfather and husband, and mentoring decades of coaches and players with a boundless love for Viking nation. I will miss him dearly.” 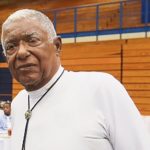