0
884 Views
Warning: json_decode() expects parameter 1 to be string, object given in /srv/users/serverpilot/apps/ecsunewsroom/public/wp-content/plugins/posts-social-shares-count/classes/share.count.php on line 66
0
Shares 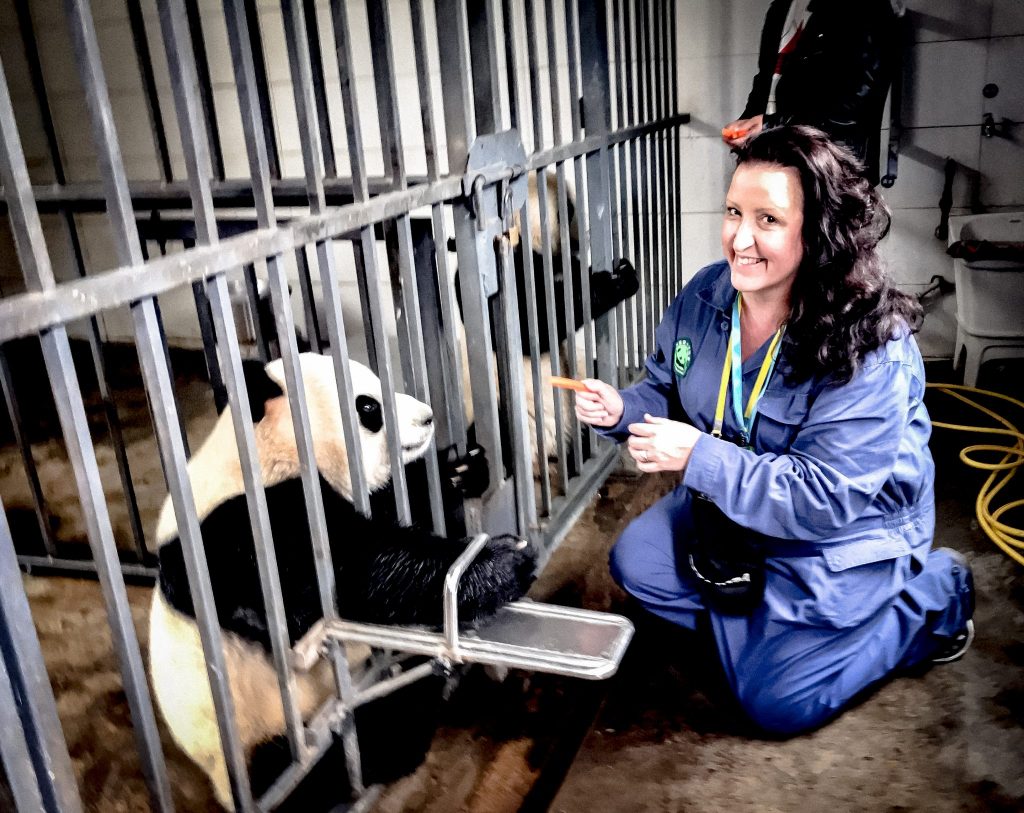 Professors take spring breaks, too. And some of them really go all out, taking the opportunity to not only travel, but also have a once-in-a-lifetime experience. That’s what kinesiology professor, Dr. Jennifer Brown, did when she went to China to spend a day as a panda keeper.

That’s right; Dr. Brown went to China with her husband so they could spend 12 hours working with two of 60 giant pandas at the Dukiangyan Panda Base near Beijing.

“I have been wanting to work with pandas for a long time,” says Dr. Brown.

Brown, who is also the faculty advisor to the Vikings Care Food Pantry, says she and her husband have a so-called bucket list of places they’d like to visit someday. China was on that list and when they found $380 roundtrip tickets from Washington D.C., to Beijing, they jumped at the chance.

“That was a no-brainer when we saw it,” she said.

Dr. Brown had to apply to volunteer as a panda keeper. She also had to have a health certificate showing she wasn’t bringing any diseases to the rare bears.

Once she and her husband were accepted, they were able to report to the panda research center where they were given a uniform and their first assignment of the day.

“The first thing you do, you actually clean up panda poop,” she said.

Dr. Brown said there are 60 pandas at the research center. Groups of eight people are assigned two bears and in her case, they were two-year-old twin sisters.

“We learned the science behind the breeding of pandas, their nutritional needs, about panda habits and panda rescue,” she said.

They were also able to spend a lot of time in close contact with one of the sisters, Yan Hui.

“They wanted to be with humans,” said Dr. Brown. “They were trying to get in the pens to be with us.”

People are not allowed to touch the pandas and must be separated by a barred pen. Dr. Brown says overall, while there were a few that seemed too aggressive to be near, she would have liked to get closer to the pandas.

She says the pandas responded well to people, engaging them and responded to verbal cues when feeding them.

“She would nod her head,” said Dr. Brown. “They were incredibly intuitive. You’d swear they understood you. They responded more like small children than they did bears.”

According to the World Wildlife Federation, giant pandas are only found in China. Because of China’s growing population, panda habitat has become scarce, isolating the bears to narrow belts of bamboo forests – their primary source of food.

Until 2016, the giant panda was listed as an endangered species. Since then, they have been upgraded to “vulnerable,” thanks to breeding programs.

Dr. Brown says her experience with the pandas was something she’d not only like to repeat, but also share with others. She says she hopes she can find a way to take a group of students to the panda research facility in China, and let them see firsthand what pandas are all about.

“To do conservation work and learn about caring for animals,” she said. 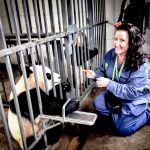