0
293 Views
Warning: json_decode() expects parameter 1 to be string, object given in /srv/users/serverpilot/apps/ecsunewsroom/public/wp-content/plugins/posts-social-shares-count/classes/share.count.php on line 66
0
Shares 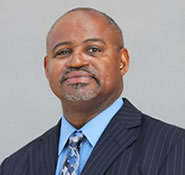 After an extensive search process, Chancellor Charles Becton announces John Manley, who has served in the interim since May, has been selected as chief of University Police. Manley took over the post from Kelly White, who served as acting chief after Sam Beamon, the university’s previous chief, was placed on administrative leave on April 25. Manley has 32 years of experience in law enforcement. That includes four years with the police in Enfield, N.C., 21 years with the police in Rocky Mount, N.C. He was chief of police in Rocky Mount, N.C. from 2004 until 2011. He also served as interim police chief with the Elizabeth City Police Department from May of 2012 to December of 2012. Manley holds a Master’s degree in public administration from Central Michigan University and a Bachelor’s degree in criminal justice from Shaw University. He is also a graduate of the FBI National Academy, Southern Police Institute in Louisville, Kentucky. He also completed the Municipal Administration Course at the School of Government at UNC Chapel Hill. At Elizabeth City State University, Manley will supervise eight security officers, seven telecommunicators, two office personnel and 11 police officers. University Police provides overall law enforcement and security for the university. The university has been keenly involved in improving security measures since his arrival last May.