0
272 Views
Warning: json_decode() expects parameter 1 to be string, object given in /srv/users/serverpilot/apps/ecsunewsroom/public/wp-content/plugins/posts-social-shares-count/classes/share.count.php on line 66
0
Shares 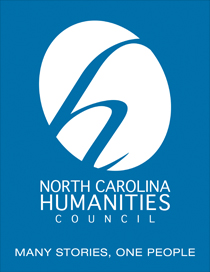 FOR IMMEDIATE RELEASE—The G. R. Little Library and the N. C. Humanities Council present: &quotThomas Day Cabinet Maker: Man in the Middle&quot at 3:30 p.m. on April 15 in the lecture hall of the Jimmy R. Jenkins Science Center. This free event is one of several planned for National Library Week. Free parking is available in the parking lot of Roebuck Stadium and a shuttle bus will transport pedestrians at 3 p.m. to the Jimmy R. Jenkins Science Center.Thomas Day (1801-ca. 1861) is mostly remembered today by North Carolinians as a furniture maker who had the largest furniture business in the state during the height of slavery. A black artisan and business man Day’s shop turned out striking beds bureaus tables sofas and chairs that are still highly coveted just as they were over 150 years ago. But Day is increasingly being seen as more than just a talented Tar Heel craftsman. Described by the New York Times as a &quotmajor antebellum figure&quot he stood at the center of competing forces in nineteenth-century America: between black and white slave and free North and South Africa and America and art and craft. Dramatic new research is forcing a re-interpretation of the complex layers of identity Day created to maintain his personal integrity as a human being while living with the racism of the antebellum South. This dynamic mediated presentation by film-maker educator and long-time Thomas Day researcher encourages audience participation as they analyze the historical evidence savor his legacy in wood and explore the mystery of one of our state’s most extraordinary and fascinating historical figures.Laurel Sneed of the North Carolina Humanities Council Rhodes Scholar Speaker Bureau is our presenter and an educator researcher and media producer/film-maker based in Durham North Carolina. In 1995 she led the research effort that discovered Thomas Day’s origins and parentage in southern Virginia. Since then she has produced a broad range of materials and media on Thomas Day as well as on other African American historical topics. In addition she has been director of the Crafting Freedom teacher workshops which have brought over 400 teachers to North Carolina to study black artisans entrepreneurs and abolitionists who contributed to the making of North Carolina and our country. Sneed makes presentations throughout the United States on Thomas Day and a broad variety of subjects mostly related to American history and improving the teaching of it. 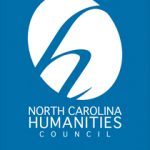