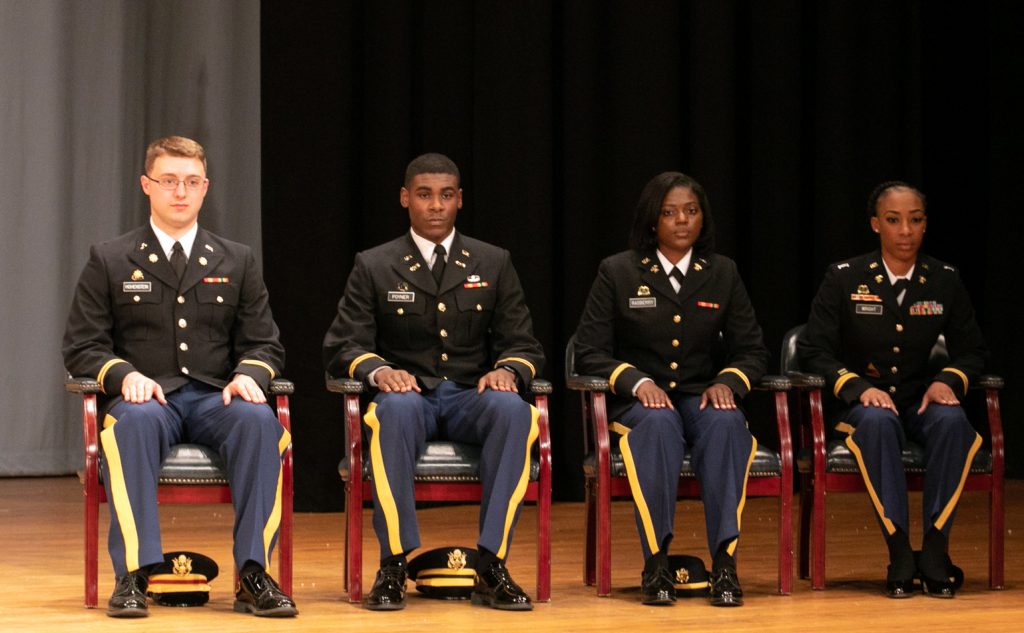 This year’s officer commissioning ceremony featured U.S. Army Col. Kenneth K. Williams as the keynote speaker. Col. Williams says he came to ECSU prepared to celebrate Viking Spirit after being coached on the university’s culture by fellow officers at the Pentagon, all Viking alumni.

“Being here today makes me very proud,” said Col. Williams, a 35-year veteran of the Army, and Savannah State College graduate. “I circled around the campus twice. My daughter is in high school and I think I’ll bring her back to look around.”

Col. Williams offered the newly commissioned officers words of advice to carry with them throughout their career in the Army. He encouraged them to “have a plan.”

“I want you to look at your career today for who you are and decide where you want to go,” he said.

He encouraged the officers to remember their physical fitness and mental fitness. Soldiers, he said, “respect what they see, not what you say.”

“I’m in the military because I love it,” he said.

Col. Williams quoted the nation’s first president and leader of the Continental Army during the American Revolution, George Washington.

“It’s your actions, not your commission, that make you an officer,” said Col. Williams.

Each new officer took the commissioning oath and first salute with family and friends present.

Second Lt. Whitley Wright entered military service August 2009 with an enlistment in the US Army in the Quartermaster Corp at the age of 18. She will become a member of the Quartermaster Corp after completion of the Basic Officer Leadership Course at Fort Lee, Virginia.  She is graduating as a Distinguished Military Graduate with a Bachelor of Arts in Sociology with a minor in Military Science.

Second Lt. Carmen Rasberry will also join the Quartermaster Corps after the completion of the Basic Officer Leadership Course in Fort Lee, Virginia. She is graduating with a Bachelor of Science in Criminal Justice with a minor in Military Science.

2LT Poyner was born in Silver Spring, Maryland and grew up in Colonial Heights, Virginia. 2LT Poyner will branch into the Military Intelligence Corp after completion of the Basic Officer Leadership Course in Ft. Huachuca, Arizona. He is graduating with a Bachelor of Science in Aviation, with a concentration in Aviation Management and a minor in Military Science.

Second Lt. Padraic G. Hohenstein entered military service in the U.S. Army Reserve on his 17th birthday in 2014.  He successfully completed basic training at Fort Jackson, South Carolina during the summer between his junior and senior year of high school. He is commissioning into the U.S. Army Reserves as an officer.

Second Lt. Hohenstein is graduating ECSU with a bachelor’s degree in Criminal Justice with a minor in Military Science. His short-term goals are to complete his transition to Military Intelligence and his long-term goal is to become a federal agent with the Federal Bureau of Investigation (FBI) or Central Intelligence Agency (CIA). 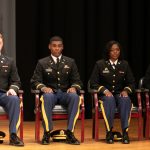