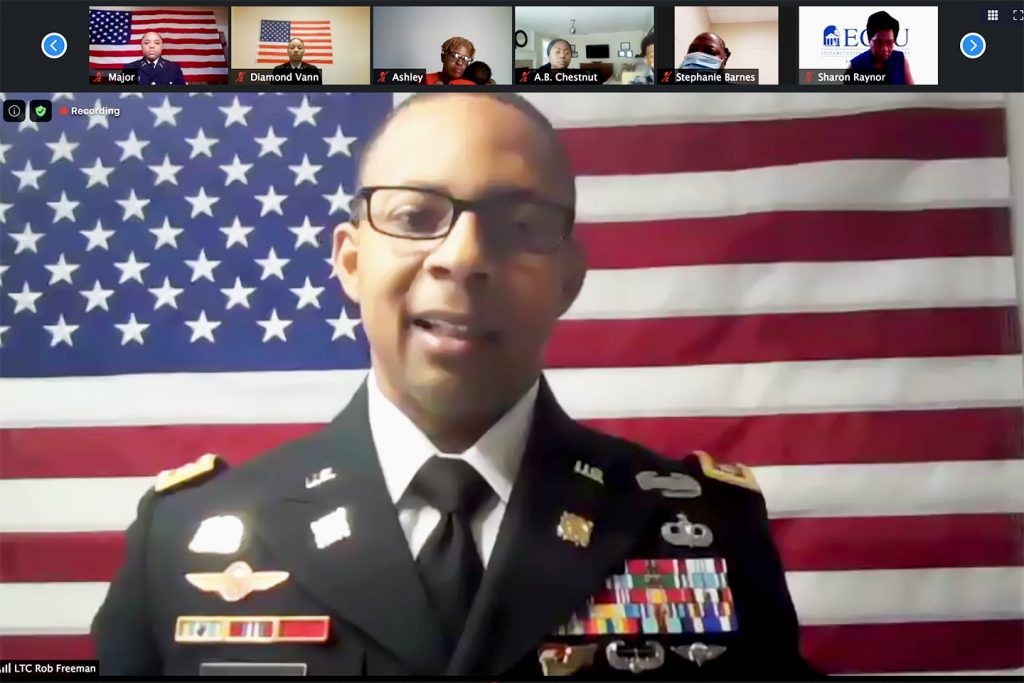 Lt. Col. Rob Freeman, the head of ECSU’s ROTC program, addresses cadets as they are commissioned as second lieutenants in the United States Army during a virtual fall 2020 commissioning ceremony Friday, Dec. 11.

“On this day you have achieved a significant goal, a dream, and a milestone,” said Lt. Col. Rob Freeman, head of ECSU’s ROTC program. “Today you will be commissioned and join what I believe is the greatest honor, to join the United States Army.”

Second Lt. Butts is graduating from ECSU with a Bachelor of Science degree in business administration, with a minor in military science. During his time at ECSU, 2ndLt. Butts served as Mr. Sophomore, Student Government Association vice president, and SGA president.

He is the son of Gunnery Sgt. Rodney Butts and Darnita Butts.

Second Lt. Major Parsons is graduating from ECSU with a degree in mathematics and a minor in computer science. He was a transfer student from Coastal Carolinas Community College in Jacksonville, North Carolina where he served on the Student Government Association.

After completing the Officer Leadership Course at Ft. Sill, Oklahoma, 2ndLt. Parsons will join the Field Artillery Corp. He is the son of Sgt. Major Edward Parsons and Dr. Christina Parsons.

Second Lt. Keira Reid is graduating with a degree in interdisciplinary studies and a minor in military science. Prior to attending ECSU, she joined the Army National Guard in 2015.

Second Lt. Reid is the daughter of Kimberly and Alton Ford.

Second Lt. Vann is graduating with a degree in psychology and a minor in military science. Prior to attending ECSU, she enlisted in the Army National Guard in 2016.

As a student, 2ndLt. Vann served on the Student Government Association, an ROTC platoon leader and the first Ranger Challenge female captain.

She will attend the Signal Corp Basic Officer Leadership Course. Her long-term goal is to earn a master’s degree.

Second Lt. Vann is the daughter of Marsheda and Michael Vann. 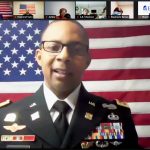