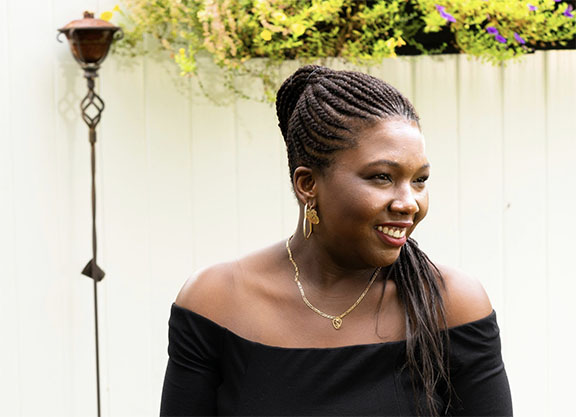 Shoshana Johnson, the first Black American POW, will share her story at the Mickey L. Burnim Fine Arts Center on Veteran’s Day, Nov. 11, at 7 p.m., as part of the Community Connections Lecture and Performance Series. The event is free and open to the public.

She is the first Black female American prisoner of war and her story is about survival. On March 23, 2003, Shoshana Johnson was captured by Iraqi forces in the early days of Operation Iraqi Freedom and now, on Nov. 11, Veteran’s Day, at 7 p.m., she will come to Elizabeth City State University as part of the Community Connections Lecture and Performance Series to tell her story.

Ms. Johnson is the bestselling author of a memoir, “I’m Still Standing: From Captured Soldier to Free Citizen – My Journey Home.” The book was nominated for an NAACP Image Award.

ECSU, consistently ranked as a Military Friendly School by The Military Times, counts many veterans and active duty members among its students, staff, and faculty. Arlinda Halfacre, the current interim director of admissions, is one veteran who says being inspired by Ms. Johnson’s story is important not only to support the university’s mission to celebrate service members, but also inspire a new generation of military members.

“As a female military veteran, I am looking forward to the campus visit from the first Black female prisoner of war. Ms. Johnson and I attended the same basic training unit at Fort Jackson, South Carolina and I’m sure we share many stories of our morning runs and climbing Victory Tower,” said Ms. Halfacre. “ECSU is proud to have Ms. Johnson as a guest on our campus and we look forward to her presentation on how she is still standing in spite of the many endeavors she has withstood. ECSU is a top-rated Military Friendly School and we are always interested in growing our military population to provide world class service to our military, veterans and their families As our students hear her awe-inspiring story, others may be encouraged to join our Army ROTC program and further their career in the Army or Coast Guard through our College Student Pre-Commissioning Initiative program.”

Ms. Johnson, a second-generation Army veteran, received orders to deploy to Iraq in 2003. On March 23, as a member of the 507th Maintenance Company, she was in a convoy that was ambushed in the city of an-Nasiriyah, Iraq when she was shot in her ankle, causing injuries to both of her legs. She and five other members of her company were taken prisoner, an event that made international headlines.

Through the course of three weeks, the U.S. Marines would conduct searches for what would be seven service members captured and made prisoners of war. It was on the morning of April 13, in the city of Samaria, Iraq, that Ms. Johnson and her fellow soldiers were rescued as a result of a series of house raids.

Since her return home, Ms. Johnson has graduated from El Paso Community College with an Associate of Arts degree and a degree in culinary arts.  She says she is planning on pursuing a degree in nutrition and is a constant advocate for her fellow veterans.

“The University of North Carolina System is honored that Shoshana Johnson has chosen ECSU as the host for her remarks on this Veteran’s Day,” said Bradley Wrenn, UNC System program manager for Military and Veterans Education. “The courage, sacrifice, and resilience that Ms. Johnson demonstrated during and after her captivity epitomizes every aspect of what service in the United States military truly means. We would like to humbly thank her for spending this Veteran’s Day with us here, in North Carolina, and we encourage everyone to join us as we honor the service of this remarkable veteran.”

Ms. Johnson’s Community Connections appearance happens Thursday,  Nov. 11, Veterans Day, at 7 p.m., in the Mickey L. Burnim Fine Arts Center on the ECSU campus. The event is free and open to the public. People planning to attend are asked to register HERE. 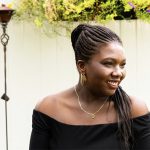