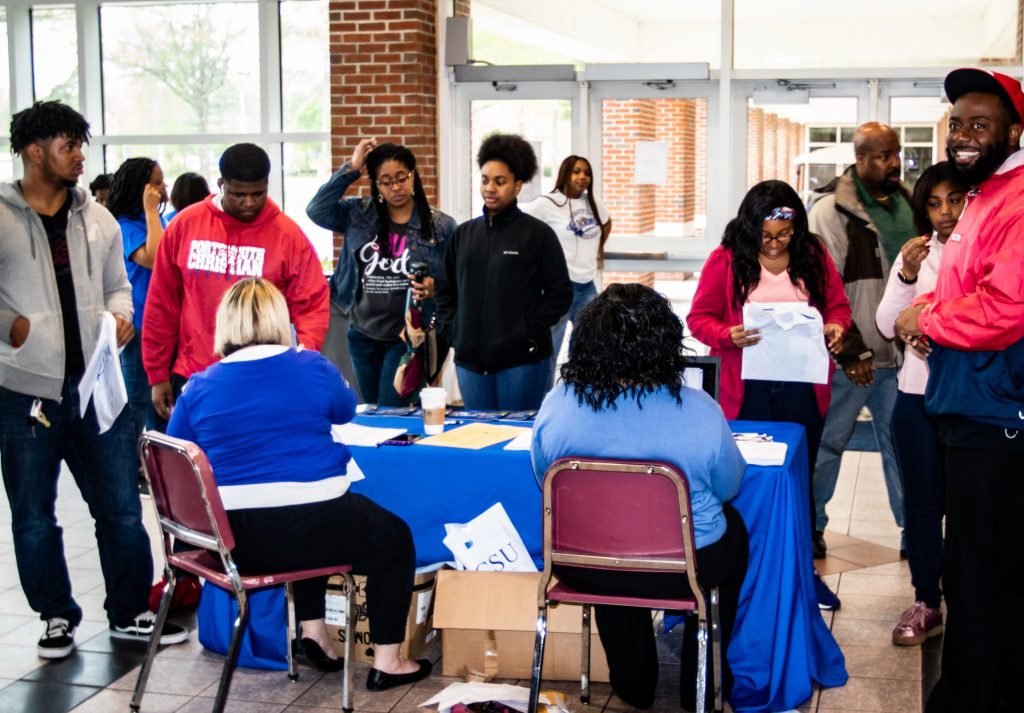 Prospective freshmen register to attend ECSU’s spring 2019 open house. Freshmen applications are up over last year, and the fall enrollment goal of 1,800 is looking good, according to a report given to the Board of Trustees earlier this month.

When Elizabeth City State University’s Dr. Althea Riddick presented an enrollment update to the Board of Trustees during their recent quarterly board meeting, it was clear that more students are looking to the institution for their futures.

Dr. Riddick, who is associate vice chancellor for enrollment management, told the Board of Trustees that the university’s enrollment goal of 1,800 students is on track for the fall 2019 semester.

In a Power Point presentation to the board, Dr. Riddick showed that as of June 10, the number of admitted applicants is up by 13 percent over last year. That puts the number at 1,523 this year compared to 1,343 in 2018.

She said that is an 8 percent increase in both freshman and transfer student applications.

Dr. Riddick told the board that unlike other institutions, ECSU does not stop accepting applications, indicating that the numbers may keep growing.

Also drawing student interest are a number of new degree programs. In the fall, the aviation program will offer for the first time its bachelor’s degree in drone technology. Other new programs include a degree in homeland security and a bachelor’s in sustainability, which is contingent on final approval from SACSCOC and the U.S. Department of Education, and is scheduled to launch in the fall of 2020. 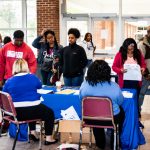