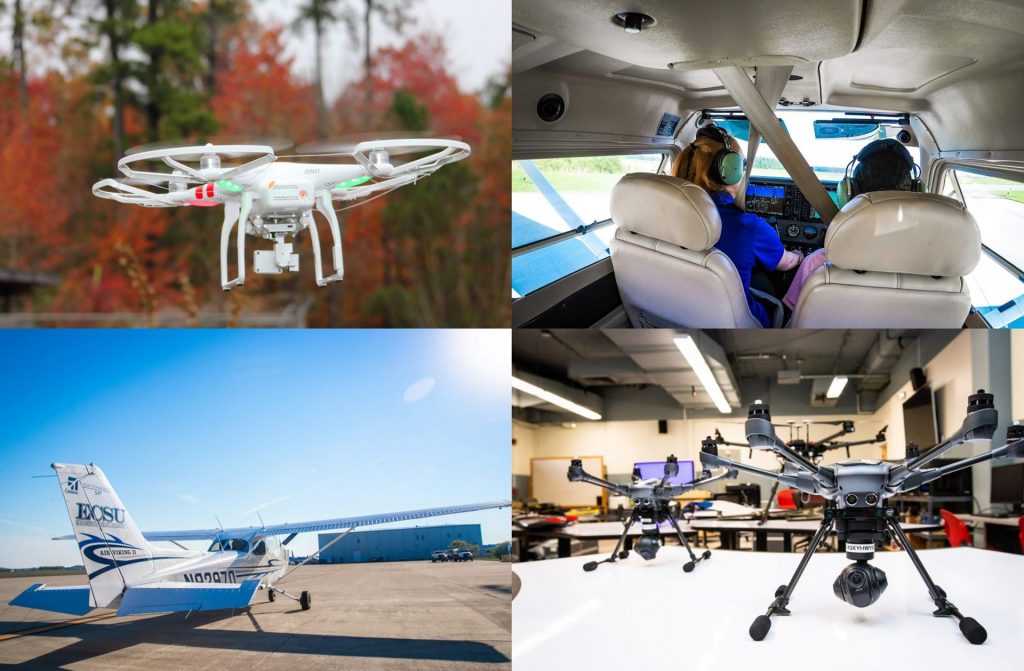 Just as Elizabeth City State University is celebrating record enrollment, and another year of enrollment growth in its aviation science program, the Federal Aviation Administration announced that the university’s Unmanned Aircraft Systems (UAS), or drone, degree program has been selected as part of its Collegiate Training Initiative (CTI) program.

According to ECSU’s Dean of the School of Science, Aviation, Health and Technology, Dr. Kuldeep Rawat, inclusion in the FAA’s CTI program means that the university’s curriculum meets its national standards for the small Unmanned Aircraft Systems training program. This FAA distinction now affords ECSU the opportunity to partnerwith the FAA to address labor force needs.

For students, the program gives them an opportunity to network and aid them in seeking future employment in the aviation industry.

“This collaboration will ensure that ECSU graduates have the knowledge and skills needed to pursue a successful career in a UAS-related field ,” said Dr. Rawat. .

According to the FAA, the UAS-CTI program recognizes institutions that prepare students for careers in unmanned aircraft systems.To qualify for the initiative, schools must offer a bachelor’s in UAS or a degree with a minor or concentration, or certificate in UAS – ECSU offers both a degree and the concentration in UAS.

ECSU offers the only four-year degree in aviation science in North Carolina and launched its UAS degree program in the fall of 2019.

In addition to inclusion in the FAA’s UAS-CTI program, ECSU is also an FAA PART 141 flight school, offering a more structured training environment for future pilots. PART 141 schools are classified as better structured for full time, career-oriented students and will allow students a shorter flight-training period.

These factors and more have contributed to the consistent enrollment growth of the university’s aviation science program, according to Dr. Rawat. For the fall 2020 enrollment, Aviation Science has increased by 30 percent, from 97 students in 2019 to 127 this year. The increase has continued from 2018 when aviation science enrollment was 68 .

Over the past two years, ECSU has entered into articulation agreements with three North Carolina community colleges offering aviation programs, bringing students to the university to complete their degrees. In addition, Dr. Rawat says consistent outreach and summer programs offered by the university are boosting the program’s profile in communities across the state and beyond.

ECSU announced earlier this week that it has experienced the highest enrollment since the fall 2014 semester. According to the fall 2020 enrollment census, released Monday, Aug. 24, total enrollment is 2,002, a 13 percent increase over fall 2019. Aviation science is a contributing factor in ECSU’s ongoing enrollment growth. 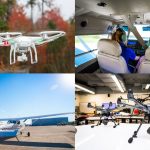