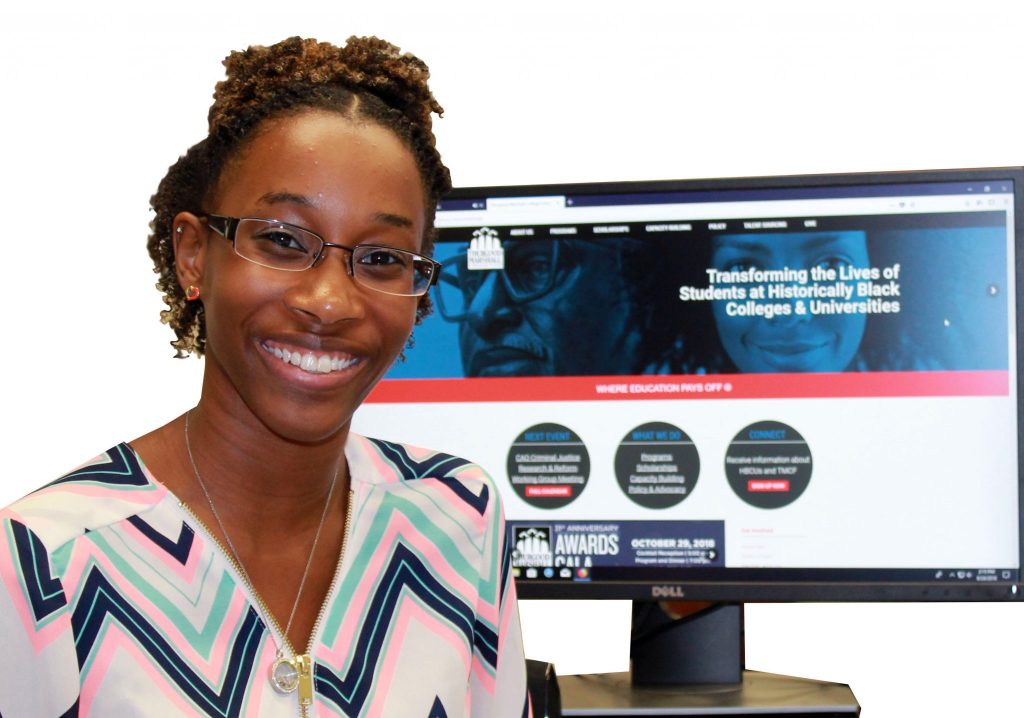 Alexis Martin wants to inspire people to achieve their goals. And the Elizabeth City State University junior is certainly an example to follow with the recent announcement that she’s a Thurgood Marshall College Fund scholarship recipient.

Martin, an Elizabeth City native, can’t hold back the smiles and the glint in her eye when she discusses the recent news. As a computer science major, with the $15,000 scholarship award and upcoming internship with the IT division of the Richmond, Virginia-based firm Atria, her future looks bright.

“If they are impressed with my work, they could offer me a job,” Martin said of her summer 2019, paid internship.

Martin’s journey to the scholarship award has been long, and she has been persistent. She recalled that she had applied for the scholarship once, but didn’t get far in the application process. However, she was willing to apply a second time.

“I thought I would see what would happen,” she said.

Martin submitted her second application last April. It started with a 500-word essay.

She had to compose an essay discussing the university class that most taught her lessons about the world. Martin says she chose her Race and Ethnics course, composing an essay that discussed diversity and other cultures.

“I talked about why different cultures do different things,” she said.

Then Martin just had to sit back and wait for the results.

“I got a call and he said I had moved to the next level,” Martin recalled.

The next level was a video interview consisting of prompts with questions. The questions asked her to describe what she had done in a difficult time and how she coped with her grades during that time.

Martin talked about balancing schoolwork and grieving when her grandfather passed away. Her father, she said, encouraged her to keep pushing forward with her work.

Once she completed that phase of the interview process, Martin said she had to do an interview relating to her field, computer science. She was asked to create an app that would benefit her community.

“I had to think about it,” she said. “One day I was shopping at the store and I couldn’t find the peanut butter. So I thought what if there was an app that would tell me where the peanut butter is and what aisle it would be on.”

Martin says the process pushed her to work out the details of the app, from the concept to the creation of it. It was a difficult, but satisfying process and in the end, it paid off for the ECSU student.

“It is so amazing that you can create something so unique,” she says of building websites.

However, Martin also understands the power of sharing her knowledge and experience with others. She says being a middle school computer science teacher is also something she is considering; a job where she could continue to inspire others. 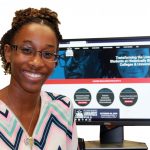