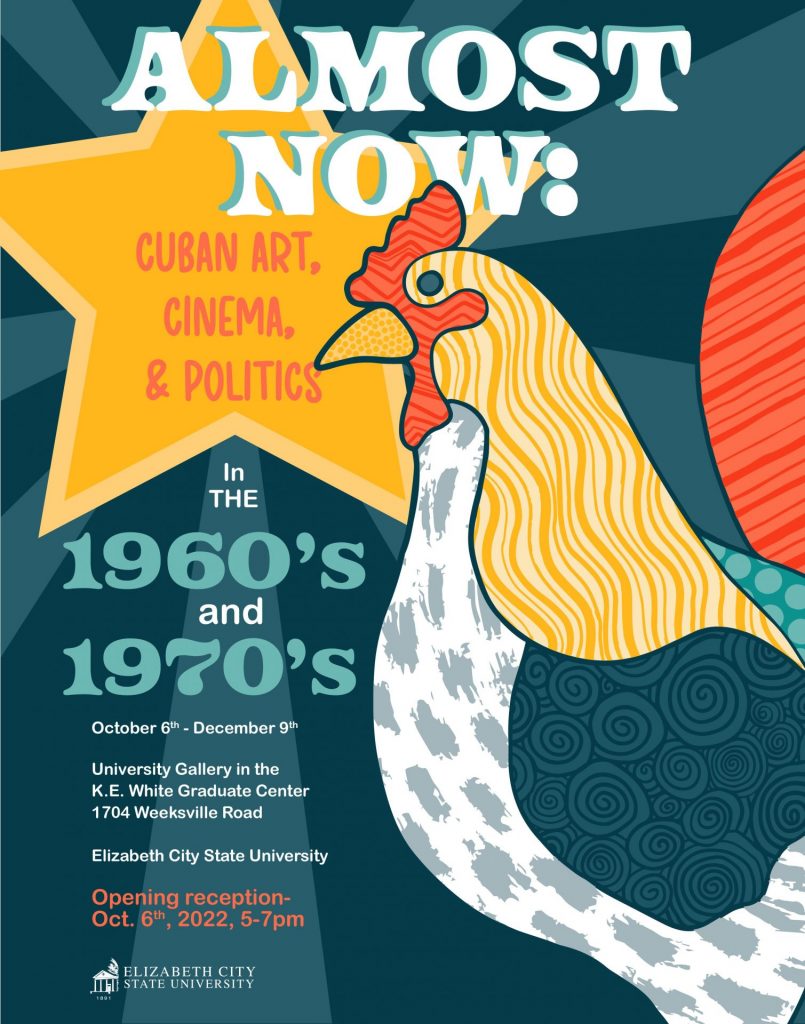 Elizabeth City State University (ECSU)’s Department of Music and Visual Arts will host a new exhibit, “Almost Now: Cuban Art, Cinema and Politics,” beginning October 6, 2022. The collection is a touring exhibition on loan from Ackland Art Museum at the University of North Carolina at Chapel Hill. The free exhibit runs through December 9, 2022, in the University Gallery of ECSU’s K.E. White Graduate Center.

“Almost Now” examines the central role that artists, filmmakers, and film audiences have played in Cuban cultural and political discourse since the Cuban Revolution in 1959.

“During the 1960s and 1970s, both printmaking and filmmaking flourished in Cuba, and the cinema poster became the artistic medium of the moment. Some of the most prominent Cuban artists of this time are represented in Almost Now, including Rene Portocarrero, Raul Martinez, and Alfredo Rostgaard,” notes the Ackland Art Museum. Sixteen pieces from the exhibition will be on display.

The Department of Music and Visual Arts will host an opening reception on Thursday, October 6, 2022, from 5-7 p.m., in the K.E. White Graduate Center. The event is free and open to the general public. 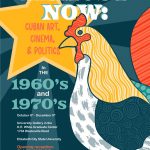