0
467 Views
Warning: json_decode() expects parameter 1 to be string, object given in /srv/users/serverpilot/apps/ecsunewsroom/public/wp-content/plugins/posts-social-shares-count/classes/share.count.php on line 66
0
Shares 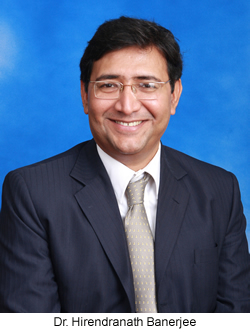 Dr. Hirendranath Banerjee, a professor in the ECSU Biology Department, received a grant from the Burroughs Wellcome Fund that will cover the cost of research related to the creation of anti-cancer drugs. The Burroughs Wellcome Fund is an independent private foundation dedicated to advancing the biomedical sciences by supporting research and other scientific and educational activities. Within this broad mission, BWF has two primary goals: To help scientists early in their careers develop as independent investigators To advance fields in the basic biomedical sciences that are undervalued or in need of particular encouragement. Banerjee said it is the first time he received a $9,000, grant from this source which will support research projects conducted summer 2013 through the December 2013. Banerjee said he is pleased the research project will involve two graduate students and two undergraduates. They will test novel cancer drugs on various cancer cell types. Banerjee said Morgan State University’s Dr. Santosh Mandal, a professor of chemistry, developed some of the drugs that are being tested here. Banerjee said Mandal was looking for a biologist to test the anti-cancer drugs that he makes in his laboratory. He is teaching Banerjee how to make the drugs that can be tested. It is an opportunity for the students to see how biologists and chemists can work well together on health related research project. &quotThe aim of the grant is for a biologist to visit a chemist’s lab. Also, for a chemist to visit a biologist’s lab to learn biological techniques that are related to the test of anti-cancer drugs,&quot Banerjee said. &quotStudents are learning state of the art molecular and cell biology drug design while participating in this project. The number of cancer cases is growing in this country so new drugs need to be tested. Now that more young women are smoking cigarettes and cigars, we can expect to see more cases of lung cancer and possibly other cancers.&quot Banerjee said those rising cancer rates are caused by several problems such as a lack of timely health screenings for patients, poverty that interrupts regular visits to doctors, unhealthy lifestyles that include cigarette use an the consumption of too many fatty foods. Dr. Banerjee said he is very happy to receive a grant that will allow ECSU students to complete research so relevant to the population’s health.