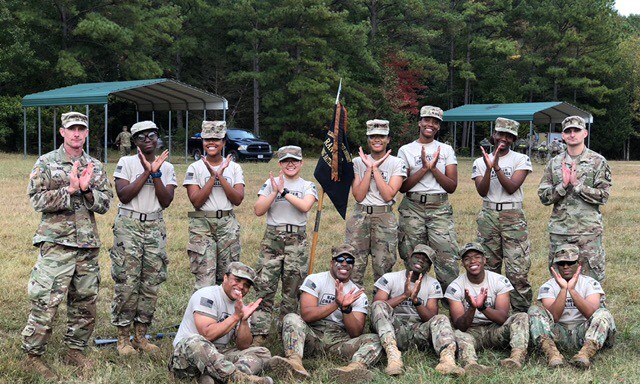 Elizabeth City State University’s ROTC men and women may not have won the recent Battalion Ranger Challenge 2019: HBCU Leadership in Action competition, but according to the team’s co-captain, they were not discouraged and most importantly, they took away a valuable experience.

“It feels like cohesion and gives you an extra push for training purposes,” said team co-captain, Cadet Capt. Corey Duhon. “You have to learn the tactics and physically prepare yourself.”

The young men and women of ECSU’s ROTC program will one day become commissioned officers. Many ECSU graduates have gone from the ROTC program onto distinguished careers as officers, and beyond.

The training they receive and the life skills they acquire throughout their training are instrumental in shaping their futures not only as officers, but also productive, contributing citizens.

“I chose the ROTC because it gave my life a structure and order for a career path I can easily follow,” said Cadet Capt. Duhon.

Cadet Capt. Duhon is a native of New Orleans and the son of a retired U.S. Marine. He knows what the ROTC and a career in the military can do for his life. His plan is to work in military intelligence.

The Ranger Challenge competition is also important, explained Cadet Capt. Duhon, because it gives the students assessment points toward their commissioning. The more points they accumulate, the more likely it is they will receive their first duty pick upon graduation and commissioning as a second lieutenant.

The Ranger Challenge is held annually to test the physical and mental limits of the cadets. The event includes obstacle courses, 14 stations of army skills, and ends with an 11-mile march carrying 50 pounds of equipment. This year 44 schools competed in the competition.

The team consisted of five male cadets and six female cadets. The team’s co-captain and leader of the female squad was Cadet Capt. Diamond Vann.

The team also consisted of sister cadets, Mykah and Mashayla Wright. Their goal is to become the first African-American sisters to earn the rank of general.

Cadet Capt. Duhon says the competition, while testing their army skills, also gives them a small taste of life in the field. Throughout the competition, the cadets were tasked with carrying their 45-pound rucksack and five-pound M4 rifle, as they would during any military exercise or mission.

“The extra weight really makes a difference,” he said.

This is Cadet Capt. Duhon’s fourth year competing. He will have one more competition before graduating and commission in December 2020. 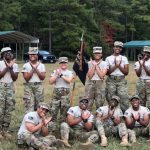