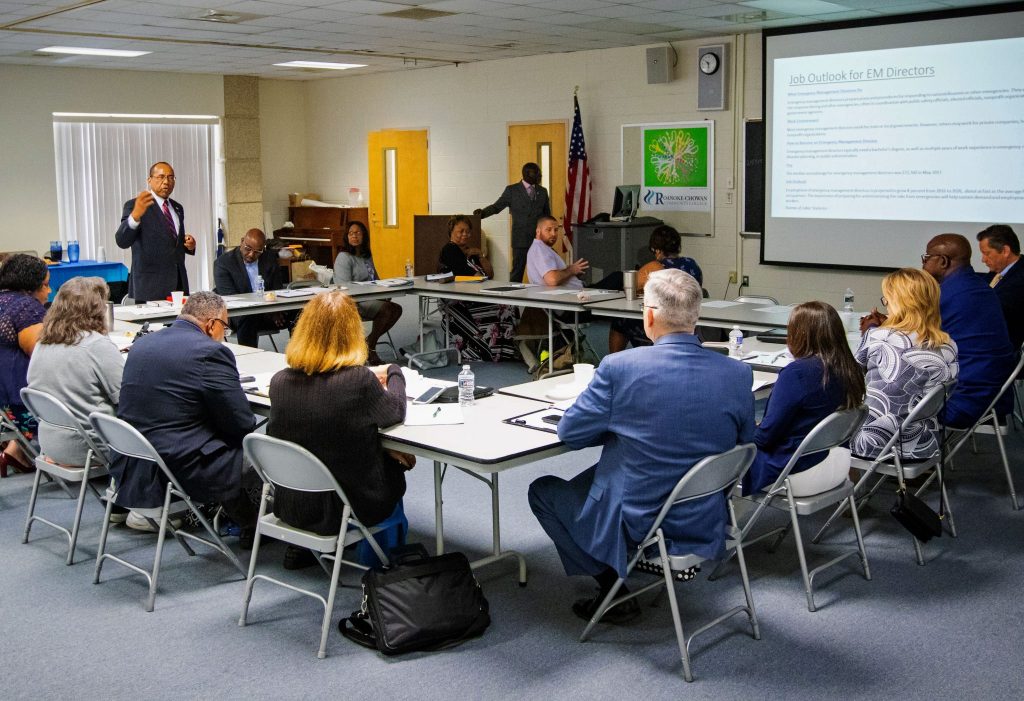 According to ECSU provost, Dr. Van Newkirk, a meeting last month to develop an “educational consortium” further explored how relationships with the region’s community colleges can give the students of Northeast North Carolina more options to attain higher education degrees.

“This would make it easier for students from any of the institutions to take (ECSU) classes at a member institution,” said Newkirk of the agreements between ECSU and area community colleges.

The June meeting was an opportunity for ECSU to not only discuss these agreements with community colleges, but also showcase some of its courses and offerings such as the Mobile STEM Lab.

“Plans are now being developed to incorporate visits by the Mobile STEM Lab to each of the institutions in September and October as a part of ECSU’s community outreach efforts,” said Newkirk.

Since 2016, ECSU has been developing agreements with community colleges across Northeast North Carolina to provide educational opportunities to students on those campuses.

The first agreements, signed in the fall of 2016, established several degree programs offered by ECSU, but available on community college campuses. The 2+2 (two years community college, two years at ECSU) programs for teacher education, social work, criminal justice and emergency management were created, putting a focus on careers that will give students access to the workforce upon graduation.

A student attending Halifax Community College, for example, could earn a two year associate of arts degree in Halifax County and then, on the same campus, complete a bachelor’s degree, or attend university on the Elizabeth City campus. ECSU works with the colleges providing instructors, and other essential means to educate these students at their hometown campus.

The community college partnerships will not only afford regional students the opportunity to expand their education, but also bring more transfer students to ECSU.

Richard Harfst has recently been named ECSU’s new community college liaison and will be working with regional campuses to help develop more programs. 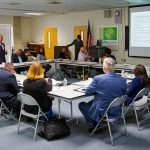