0
14.5K Views
Warning: json_decode() expects parameter 1 to be string, object given in /srv/users/serverpilot/apps/ecsunewsroom/public/wp-content/plugins/posts-social-shares-count/classes/share.count.php on line 66
0
Shares 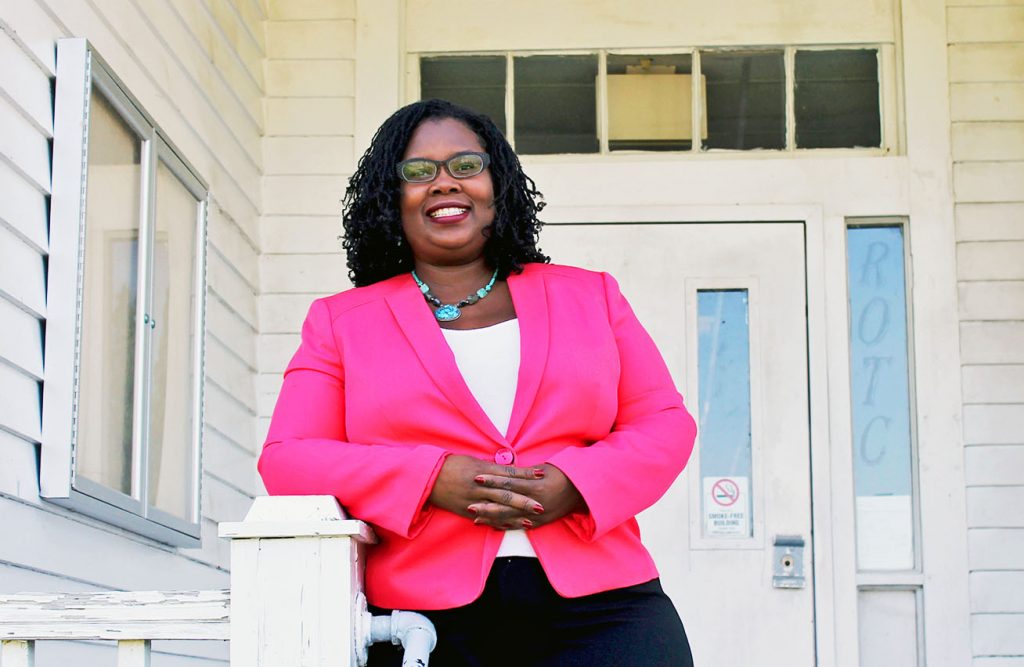 Dr. Melissa Stuckey, ECSU professor of history, stands in front of the Rosenwald School building on campus. ECSU was just awarded a National Endowment for the Humanities grant to help renovate this and the Prinicpal’s House for a planned African American American Research and Cultural Heritage Center.

Ask Elizabeth City State University history professor, Dr. Melissa Stuckey, about plans for the Northeastern North Carolina African American Research and Cultural Heritage Center, and her eyes light up. The Center is her passion and that passion has been awarded a $350,000 National Endowment for the Humanities (NEH) grant, funding the renovation of the Rosenwald School building and Principal’s House on the university campus.

According to Stuckey, the grant will help renovate the historic buildings, moving forward the creation of ECSU’s Northeastern North Carolina African American Research and Cultural Heritage Center. It is, however, a matching grant and Stuckey says she will be working on fundraising and finding donors to not only match the amount, but also reach the $1.5 million goal needed to complete the renovation of the facilities.

“We need to be raising the entire amount, and feel like we can do that,” said Stuckey, who is the author of the NEH grant proposal.

The Center has been an ongoing project, bringing together the division of Liberal and Fine Arts and Academic Affairs to plan and execute what Stuckey says is an important and significant project.

“It’s a collaborative effort from various entities on campus,” said Stuckey. “The group was convened by Dean of Liberal and Fine Arts, Dr. Kenneth E. Jones in January. A selection of faculty and staff has been involved.”

The Rosenwald School building has been a campus fixture since 1921 when it was constructed to provide African American children in the area a public school, and student-teachers attending what was then known as the Elizabeth City State Normal School a place to practice teaching. Known on campus as a practice school, the building is the only one of its kind in the state of North Carolina to be housed on a university campus, according to Stuckey.

“There were 200 Rosenwald Schools in this region that we represent,” said Stuckey. “Our alumni of the Normal School were educated to teach in those schools.”

Rosenwald Schools were named for their benefactor, Julius Rosenwald, a Sears and Roebuck executive who believed public education should be made available to rural African American children. Many so-called Rosenwald Schools were constructed across the state, and throughout the southern United States, but very few have survived intact.

The Principal’s House, located on the north end of the ECSU campus, was constructed in 1923 for the university’s first chief officer, Peter W. Moore. The historic building has since been used for many purposes, most recently housing administrative offices.

According to Stuckey, both buildings will be a significant part of telling the story of African Americans in the region, and across the country. The Rosenwald School building will eventually house an interpretive center, telling not only the story of the unique schools, but also the stories of the people who received their education in this, and other, Rosenwald School houses.

She says the need to collect those stories is urgent, citing the passing of time and aging of the last generation to attend Rosenwald Schools. Many significant members of the ECSU community attended these schools, including former ECSU Chancellor, Dr. Thomas Conway, who attended a Rosenwald School in his hometown of Louisburg, North Carolina.

“We still have a generation of kids educated in those schools,” said Stuckey. “So yes, it’s urgent.”

The work to collect oral histories will begin as soon as spring 2019. In addition to oral histories, Stuckey says people with artifacts such as text books from these schools will be invited to share them.

Stuckey says for those people who choose to keep the artifacts, the Center will have the ability to digitize the books, documents, and photographs to preserve for future generations, while leaving the originals with the owners to be passed down to family members.

The Principal’s House will be an ECSU museum telling the story of the university from its inception in 1891 to the present. Together with the Rosenwald School building, Stuckey says the plan is to create a center for African American history, heritage, culture and learning that does not currently exist in the region.

To make the Center historically accurate, Stuckey says part of the plan is to relocate the Rosenwald School building to its original location, next to the Principal’s House. It currently sits across from Williams Hall.

Architectural drawings of the Center show the two buildings, side-by-side. Together they will provide a unique opportunity for learning and research.

Stuckey says inside the Rosenwald building, people visiting the Center might find a reconstructed classroom, complete with original furnishings. The setting, however, would be accompanied by interpretive, digital displays explaining the history of the school.

“A thoroughly modern experience to immerse people into the past,” she said.

Stuckey also says that plans include the opportunity for scholars to use the Center for research. There are so many stories to be told, she says, and a Center such as this will provide a significant launch pad for future academic research.

“We have an incredible opportunity to create a research center here,” she said. “We don’t have anything like that here.” 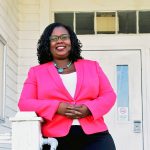