0
638 Views
Warning: json_decode() expects parameter 1 to be string, object given in /srv/users/serverpilot/apps/ecsunewsroom/public/wp-content/plugins/posts-social-shares-count/classes/share.count.php on line 66
0
Shares 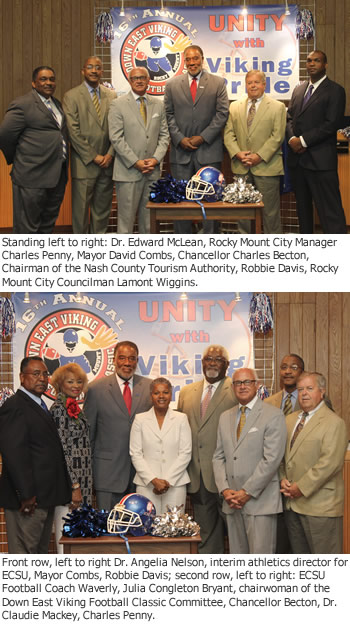 The stage is set for the 16th annual Down East Viking Football Classic, which will be held at 4 p.m. on September 28, 2013. Late in July, ECSU officials gathered with guests from the opposing team, Fayetteville State University, and officials from the City of Rocky Mounty for a press conference.