0
278 Views
Warning: json_decode() expects parameter 1 to be string, object given in /srv/users/serverpilot/apps/ecsunewsroom/public/wp-content/plugins/posts-social-shares-count/classes/share.count.php on line 66
0
Shares 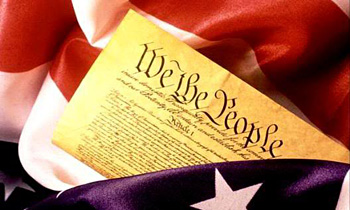 In observance of Constitution Day, Dr. Glen Bowman, chair of the Department of History and Political Science at Elizabeth City State University presents the film, &quotBirth of a Republic,&quot at 2 p.m. and 3 p.m. on September 17 in the Mary Albritton Douglas Auditorium of the Ridley Student Complex.

Since 2004, Americans have celebrated Constitution Day, a federal observance that celebrates formation and signing of the U. S. Constitution (September 17, 1787) by the nation’s Founding Fathers. Bowman said he favors the film, &quotBirth of a Republic,&quot for good reasons.

&quotWe value this film because it is historically accurate. Numerous books have been published and films produced that reflect on either the signing of the constitution or the 39 men who signed the constitution.&ampnbsp This film stands out because it addresses the changes made to the document in 1789,&quot Bowman said. We will show the film during the day and hope students, staff, faculty and people in the community will join us for the film.&quot