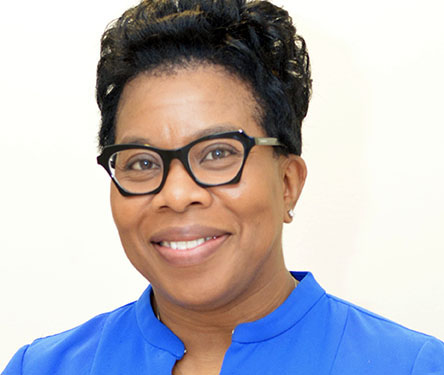 ECSU’s dean of the School of Humanities and Social Sciences, Dr. Sharon Raynor, led the charge to establish the African American Military and Veteran Lineage Project.

The North Carolina Department of Military and Veterans Affairs (NCDMVA) in collaboration with Elizabeth City State University created the statewide African American Military and Veteran Lineage Project and launched a ceremony and documentary in February 2019. Now the NC Humanities Council 2020 is helping to continue that work with a $20,000 grant.

ECSU’s dean of the School of Humanities and Social Sciences, Dr. Sharon Raynor, led the charge to establish the project and was recognized for her work with one of North Carolina’s highest honors, The Old North State Award. Now her work, in collaboration the NCDMVA, State Archives, and the North Carolina Museum of History, gets a big nod with the grant award for creating a platform for African American service members and veterans to share their stories and experiences across the state.

Events such as last year’s Lineage Day Ceremony and the documentary produced, in part, by ECSU students, illustrate the sacrifice these service members made for their country while facing the challenges of breaking society’s color barriers.

“This project honors the men and women who took the oath of enlistment to serve our country in times of war and peace,” said Dr. Raynor.

The Lineage Day project provides a platform for African American service members and veterans to share their stories and experiences at schools, North Carolina military installations, community centers, libraries and universities across North Carolina. The $20,000 award will assist in documenting, producing, and developing programming segments on time periods within military history such as War World II, Korean Conflict, Vietnam Era, Desert Storm, Operation Enduring Freedom, Operation Iraqi Freedom, and Operation New Dawn. The stories collected will be from North Carolina African American veterans and current military personnel who served and then returned to North Carolina and continued to serve within their communities in various capacities.

“In the early conflicts, despite being given inferior equipment, less training and serving in a segregated and a biased military, African Americans, Native Americans, and Latinos served with valor and courage,” said NCDMVA Secretary Larry D. Hall. “We hope this project will address the lack of information regarding the roles, responsibilities, triumphs, and heroism minorities played in the military.”

It was during that ceremony that Dr. Raynor received The Old North State Award. Awarded to “individuals who have shown dedication and service beyond exception and excellence,” she received the honor not only for being an advocate for military veterans, but also for two decades of service as an educator. 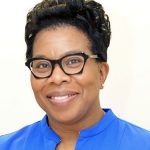