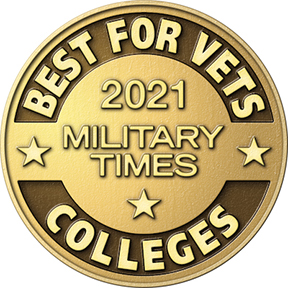 Military veterans and current service members are a priority at Elizabeth City State University, so when the Military Times set out to rank the Best Bet for Vets schools, it should come as no surprise that ECSU is once again a Best Bet for Vets institution.

According to the Military Times, universities across the country were asked to fill out “a rigorous survey” that included 150 questions. The aim of those questions was to understand the nature of the institution’s operations involving current and former service members and their families.

Military Times evaluated the responses of 500 universities; ECSU ranked 205th in the nation, and 48th in the Southeast. The survey factored in information from Veterans Affairs and the Defense Department, as well as information from the College Scorecard data and the Cohort Default Rate Database. Institutions were evaluated based on university culture, academic quality, student support, academic policies, and cost and financial aid.

ECSU stepped up to actively work with military veterans, and active service members and their families with the opening of its Military and Veterans Affairs Center. According to center director, Tim Freeman, the mission of the center is to serve the men and women who have served the nation.

“We make sure that they have what they need when they come to ECSU,” said Mr. Freeman.

The Military and Veterans Affairs Center is located in Griffin Hall with the Office of Student Affairs. Mr. Freeman says because of its location, and the support of Vice Chancellor of Student Affairs, Dr. Gary Brown, and his staff, the university is able to provide quality assistance to service members.

The center provides military veterans and active duty members with a variety of resources that extend beyond assistance with university matters. Mr. Freeman says that at the center, veterans are able to find resources to assist them with benefits that include medical aid, financial aid, academic assistance and a food pantry.

“We have a supportive staff that’s dedicated to working with our service members,” says Mr. Freeman.

ECSU signed a memorandum of agreement with the U.S. Coast Guard in 2019 that brings the two organizations together to better educate future Coast Guard leaders. The purpose of the memorandum is to strengthen the relationship between ECSU and the Coast Guard, offering educational opportunities to service members.

Freeman says ECSU’s ranking received from the Military Times reflects those services. Many of the service members enrolled at ECSU, says Freeman, are taking courses online.

For 10 years, Military Times has conducted what it says is an extensive, editorially independent, objective study evaluating the many factors that help make colleges and universities a good fit for service members, military veterans and their families. 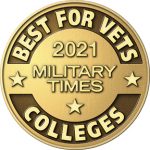