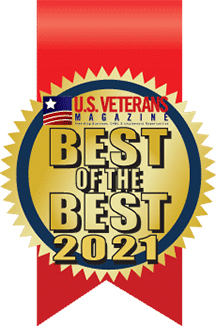 ECSU has been working under the direction of Military and Veterans Affairs Director Tim Freeman to provide services to the men and women, and their families, who either have served or currently serve in the nation’s armed forces. The university’s Military and Veterans Affairs Center is located at ECSU’s Student Affairs headquarters in Griffin Hall.

“We are proud to serve our military members and give them and their families an opportunity to pursue a degree at ECSU,” said Mr. Freeman.

The center is a space for military and veteran students, and their dependents, to not only find assistance on campus, but also veterans’ affairs guidance. A representative from the Department of Veterans Affairs in Norfolk, Virginia, frequently comes to campus to work with students and with members of the military based in the area.

The center is outfitted with a lounge, a television, and computers, giving students a place to relax, study, and seek military and university related services and guidance.

ECSU has also recently announced its VikingPlus program, a comprehensive set of initiatives to help students afford a high-quality college education. The university will award new funds under VikingPlus this year and has already provided a total of nearly $4.2 million in free credits, additional emergency funding, and housing and meal plan grants since spring 2020.

ECSU has been the recent recipient of a number of prestigious university rankings, including placing fourth in the nation on Best College’s top 10 HBCU list. The university has also received the Military Times list of Best Colleges, number 12 on the U.S. News and World Report Best HBCU in the Nation list, and the number one most affordable public HBCU in the nation by Student Loan Hero.

ECSU is an N.C. Promise school, offering affordable tuition and a quality education.

For more information about the 2021 Best of the Best Top Veteran Friendly Schools, go HERE. 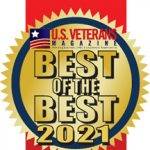