0
524 Views
Warning: json_decode() expects parameter 1 to be string, object given in /srv/users/serverpilot/apps/ecsunewsroom/public/wp-content/plugins/posts-social-shares-count/classes/share.count.php on line 66
0
Shares

For nearly all of Dr. Alisa McLean’s life, Elizabeth City State University has played a major role not only in shaping the person she is today, but also shaping her day-to-day activities. Since she was 4-years old, Dr. McLean has been a Viking.

“I grew up in Elizabeth City, just a few blocks from ECSU,” says McLean, who was named the Granville County School District superintendent in July. “I went to nursery school at ECSU. It used to be in the old ROTC building.”

McLean would also attend ECSU, along with her three siblings. All of that, she says, is due in large part to a legacy that began when her grandmother attended ECSU, then her mother and father. And her father, Dr. A.C. Robinson Jr., was the longtime ECSU Vice Chancellor of Business and Finance.

Her life as a Viking, you might say, was a forgone conclusion. It’s a life, she says, that has been fulfilling, ripe with meaning, and something that is close to her heart.

“For a large part of my life, whether I was playing as a little girl, or listening to the band rehearse, it was for me, when I grow up one day, saying that I’m going to go there (ECSU) and when I leave I am going to be successful because they will prepare me,” said Dr. McLean.

Dr. McLean knew what she was preparing for: life as an educator. Her father was an educator, and her mother, too. Her mother, Jocelyn Robinson, was a longtime teacher at Northeastern High School in Elizabeth City.

“I had wanted to teach English, but I received my masters in school administration and fell in love with that,” said Dr. McLean.

Alisa McLean would go on to become the youngest principal in the state, working in the Orange County School District. She was in charge of building Orange County’s newest high school, Cedar Ridge, from the ground up.

Dr. McLean would go on to earn her doctorate in education leadership and administration from UNC Chapel Hill. That led to her role as assistant superintendent in the Burlington-Alamance School District.

She worked for the state Department of Public Instruction for a time in the transformation division, helping schools across the state improve their quality. After that, Dr. McLean became an area superintendent in the Durham Public School system. The system has more than 54 schools, and McLean would be in charge of 18, including all of the area high schools.

Now, since July 19, Dr. McLean is the top officer at the Granville School District, based in Oxford, North Carolina. And while Oxford is in the center part of the state, just north of Raleigh, Dr. McLean’s heart, and family, still reside in Elizabeth City.

It’s rare that the Viking born and raised educator isn’t seen on campus during homecoming. And certainly with her parents still living near the ECSU campus, Dr. McLean and her husband Frankie, an attorney, and their daughter Imari, can be seen around her hometown throughout the year.

“I still have an affinity for that place called Vikingland,” she said.

Dr. McLean graduated in 1991, when Chancellor Jimmy Jenkins was the chief officer of ECSU. She says she has a lot of fond memories, and a great deal of gratitude for the institution that not only raised her and her family, but also educated them. And going forward, Dr. McLean says she is hopeful that ECSU will continue to do what it has always done, afford young men and women a chance at an education.

“I cannot say enough of how proud I am of the institution and the people who have worked to transform it to what it is today,” she said. “It has been the reason that so many young people have been able to have productive lives.” 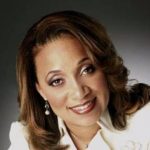