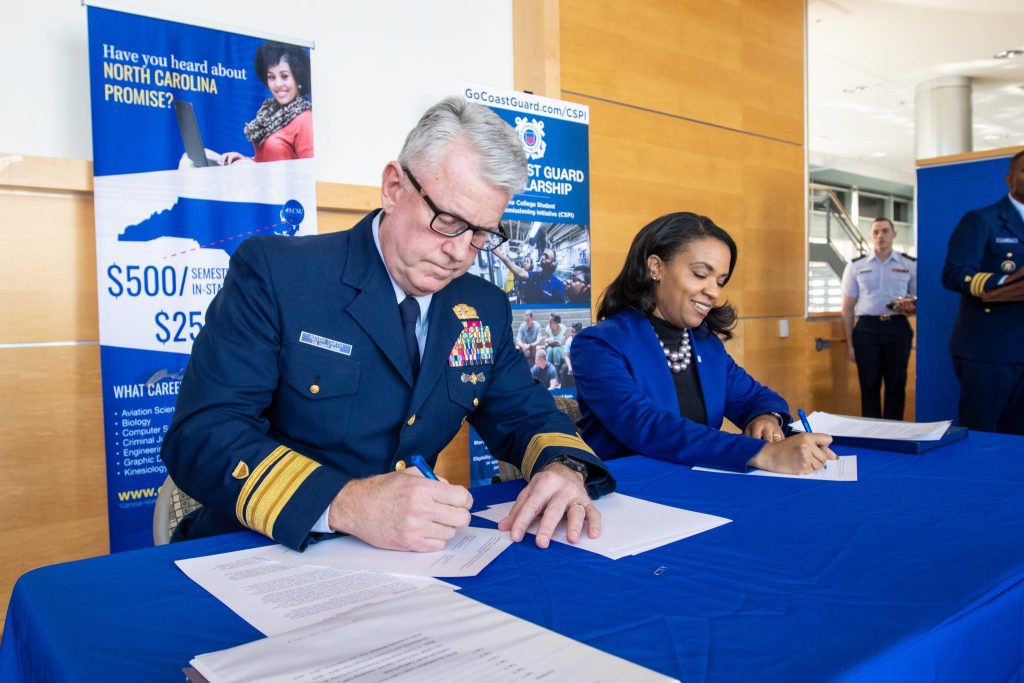 According to ECSU’s director of military and veterans affairs, Tim Freeman, the Coast Guard held its first summit last year on the campus of Norfolk State University. This year, he said, ECSU Chancellor Karrie Dixon invited the Coast Guard to hold the event on the Elizabeth City campus.

“This is the second event the Coast Guard put together. They are coming to the university after signing the Memorandum of Understanding with ECSU to see what they can do to better help our students.”

According to Mr. Freeman, the event will focus on a number of areas, including looking at the Coast Guard’s College Student Pre-Commissioning Initiative, or CSPI. The CSPI program gives eligible university students an opportunity to become a part of the Coast Guard as juniors, with an eye on attending Officer’s Candidate School after graduation.

A number of ECSU graduates became CSPI students, going on to have fruitful careers as Coast Guard officers. Mr. Freeman said a handful of those ECSU graduates will be on campus for the summit, representing not only the Coast Guard, but also the opportunities found at the university.

On the second day of the summit, Mr. Freeman says a representative from the White House’s HBCU Initiative will join the event to discuss “enhancing HBCU competitiveness.” There will also be a job fair, he said, giving students an opportunity to meet with federal job providers.

“They can get hired on the spot,” said Mr. Freeman.

Members of the U.S. Coast Guard and ECSU’s administration gathered last February to celebrate and continue an alliance that brings the two together to educate young men and women and bring them to the Coast Guard for careers in aviation, and more. During a ceremony held in the Ridley Student Center, the Coast Guard’s commander of the Fifth District, Rear Adm. Keith Smith, joined ECSU Chancellor Karrie Dixon to sign the Memorandum of Understanding to work together for the future of students, ECSU, and the Coast Guard.

Rear Adm. Smith is what Mr. Freeman calls a university “champion.” The Coast Guard, he said, has a number of champions who work with universities like ECSU. Those admirals, said Mr. Freeman, will participate in the summit later this month. 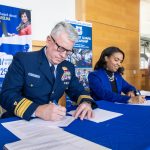