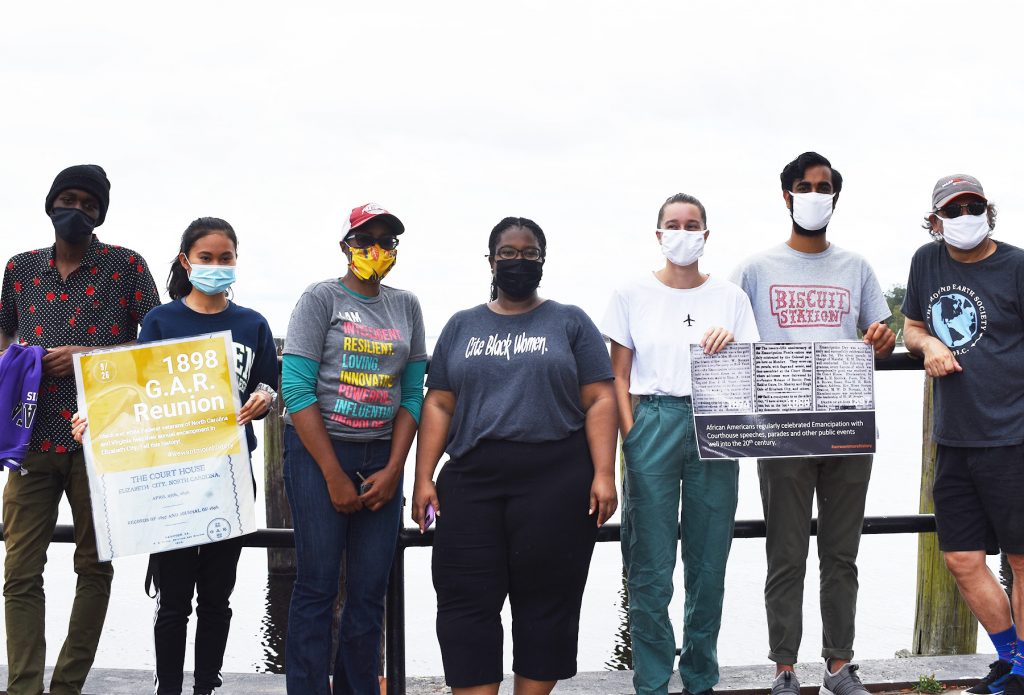 It’s said that the victors write history, but that edict is not always the case. Although the North Carolina Colored Volunteers during the Civil War helped to secure the Pasquotank region for the Union, their story has become lost in time.

That’s where Elizabeth City State University history professors, Dr. Melissa Stuckey and Dr. Chas Reed, along with a group of students come into the picture. Dr. Stuckey, Dr. Reed, and former ECSU professor of African American history, now at the University of Alabama, Dr. Hilary Green, have been collaborating on “#WeWantMoreHistory,” a national project aimed at bringing to light important history from the Civil War and Reconstruction eras.

“The point is to change the focus of these conversations about the Civil War from Confederate monuments to a more complete history,” said Dr. Stuckey of events that took place throughout the country simultaneously to commemorate this history.

The argument over taking down monuments honoring Confederate soldiers entails what is arguably an incomplete narrative of the Civil War. Through this project, scholars such as Dr. Stuckey are able to bring to light significant history that isn’t readily made available to students and the general public.

The local event took place on the Saturday after the anniversary of the signing of the “preliminary Emancipation Proclamation,” that would lead Pres. Abraham Lincoln to declare the enslaved people of the United States free.

On that Saturday, Sept. 26, Dr. Stuckey and Dr. Reed invited ECSU students and community members to gather at two locations in Elizabeth City to talk about the role the Colored Volunteers played during the Civil War. Dr. Stuckey prepared note cards with historical information that were read aloud by students.

During the latter days of the Civil War, Elizabeth City was controlled by Union troops led by Gen. Edward A. Wild. Gen. Wild had commanded a division of the North Carolina Colored Volunteers who, according to Dr. Stuckey, were organized in New Bern, North Carolina, then made their way to Virginia, before marching through the Dismal Swamp to Elizabeth City.

Along that march, says Dr. Stuckey, these troops took the opportunity to free enslaved people, many of whom were family and friends of the soldiers. It was, she said, “a very personal” mission for the troops.

“Twenty-five-hundred slaves were freed as a result of the presence of these African American soldiers,” said Dr. Stuckey.

The North Carolina Colored Volunteers were encamped along the Pasquotank River near what is now Mid-Atlantic Christian University. Dr. Stuckey, ECSU students, and Dr. Green began their event at that location, reading aloud facts about the period under the heading of “Did You Know,” she said.

They eventually made their way to Mariners’ Wharf Park downtown. At this site, a marker will be erected commemorating Gen. Wild’s “raid,” a military campaign to quell the activity of local Confederate guerilla troops.

Five-thousand former slaves and some freedmen were enlisted in the Union Colored Volunteers in North Carolina, later renamed the United States Colored Troops (USCT). They were organized in five divisions across the state, according to Dr. Stuckey.

The history they examined that day also focused on the period of Reconstruction, and post-Reconstruction in the region. During this time, former members of the USCT were organized as members of the Grand Army of the Republic, or GAR, held positions in public office, and were successful businessmen of their time.

These men, many of whom were buried with military honors at Oak Grove Cemetery located on Pear Tree Road, were celebrated in their lifetime with parades down Elizabeth City’s Main Street and more, according to research conducted by Dr. Green.

Visiting these sites and learning about this history was exciting for the ECSU students, said Dr. Stuckey.

“It was eye-opening,” she said. “The experience was joyous and exciting.”

Dr. Reed chronicled the day’s events on social media platforms. By using the hashtag #wewantmorehistory, he connected the group’s activities with similar events taking place across the country. The outreach made “the story of African-American soldiers in Northeastern North Carolina on this day, as it was in 1863, part of something bigger,” said Dr. Reed.

The national event was also chronicled in theNew York Times. A feature article explained the purpose of the event and highlighted Elizabeth City.

Dr. Stuckey says this is not a one-off event. There will be more opportunities to celebrate this history and to unpack more history about the African Americans in Elizabeth City and the surrounding region. 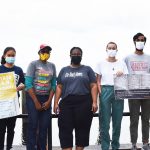