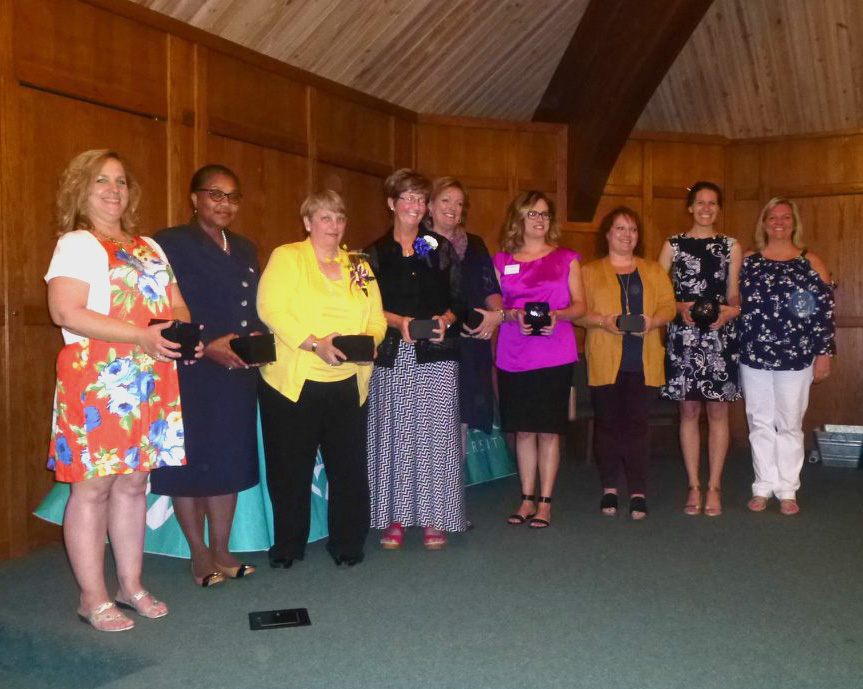 It’s no surprise that Elizabeth City State University makes great teachers. That’s the 127-year-old institution’s legacy. So when the Elizabeth City Area Chamber of Commerce honored the area’s teachers of the year earlier this month, ECSU graduates could be counted among them.

During a ceremony at Mid-Atlantic Christian University, 14 ECSU graduates were among the top honorees as the area’s Teachers of the Year, as well as nominees from area schools; comprising more than half of the list of honorees.

Two ECSU graduates and one ECSU professor received the top honor, Teacher of the Year:

– Marie Alvarez, art teacher at Weeksville Elementary School, was named Teacher of the Year for the Elizabeth City-Pasquotank Public Schools;

– Linda Nelson, Teacher of the Year for the Northeast Academy for Aerospace and Advanced Technologies (located on the campus of Elizabeth City State University);

ECSU graduates who were nominees for the annual award were:

During his presentation, Elizabeth City-Pasquotank Public Schools Superintendent Larry Cartner stated that Marie Alverez has demonstrated her passion for teaching over the years. She has, he said, made it her business to know every student and be a part of their lives at school.

Not only is Dr. Margery Coulson-Clark an area Teacher of the Year, she has also been chosen as one of the UNC System’s 2018 Teacher of Excellence honorees. She will be recognized for that honor during the spring 2018 commencement Saturday, May 12.

ECSU’s tradition of educating teachers began as a part of its core mission upon its founding in 1891. The need for African American teachers was great, and the Elizabeth City State Normal School (now ECSU) was created as a place to educate the educators.

That tradition lives on today. As the need for more teachers across North Carolina rises, ECSU continues to provide its students with the opportunity to excel as educators and bring the same excellence to education that these alums have over the years. 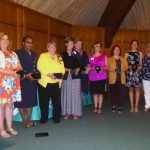