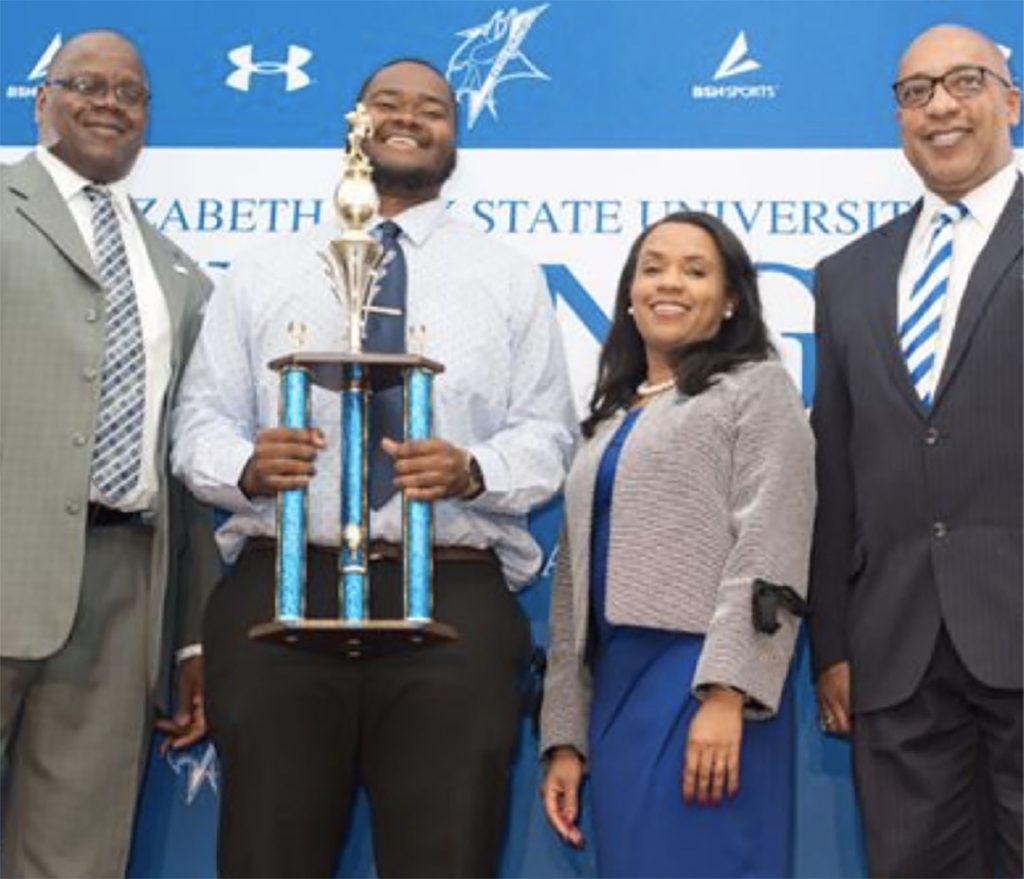 The scholarship, said Mr. Parker, was a “spontaneous” effort on the part of fraternity members, “to award a ‘Mighty Viking’ for graduating from ECSU.”

Mr. Parker said scholarship applicants were asked to write an 800-1000-word essay. The subject of essay was “What Manhood, Scholarship, Perseverance, and Uplift” meant to the students. Mr. Barker, a member of the ECSU Class of 2020, and member of the Omega Psi Phi Fraternity, Inc., was chosen out of numerous entries.

Mr. Barker was also a member of the Vikings football team and golf team. A business administration student, he says he plans to pursue a career in corporate America. 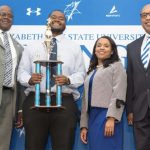