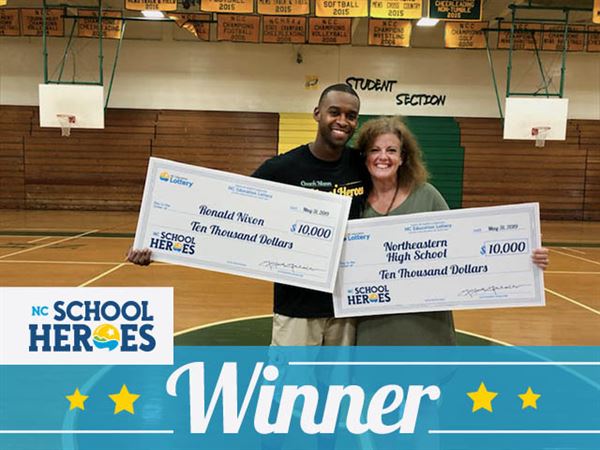 You don’t have to look far to see the significant impact Elizabeth City State University’s graduates have on their communities; they’re putting their mark on the world every day. That’s what happened recently when 2006 graduate Ronald Nixon was honored with “Coach Ronald Nixon Day,” for his work as a teacher and head basketball coach at Elizabeth City’s Northeastern High School.

“Even now students he taught or coached years ago still come back just to see him and say thank you,” said McMannen.

The N.C. School Heroes program was established to highlight the positive impacts educators have on public school students. Nixon was one of 10 honorees chosen out of 6,000 nominations across the state.

“I feel honored and it’s very exciting,” said Nixon. “This honor is not just for me, but for our community and all the people who do so much to support it.”

Nixon said that his “assignment from God is to build relationships” with his students and teach them life skills.

“I challenge them every day, every single day,” he said.

Friday, May 31, was officially declared “Coach Ronald Nixon Day” at Northeastern. Students wore school colors to celebrate his honor as they filled the high school gym for the celebration.

“There are thousands of heroes like Ronald Nixon doing amazing work in our public schools,” said Mark Michalko, executive director of the N.C. Education Lottery. “Teachers, cafeteria workers, custodians, school resource officers, all make a big difference for our students every day. We’re glad our School Heroes program shines a spotlight on their great work.” 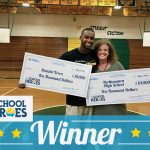