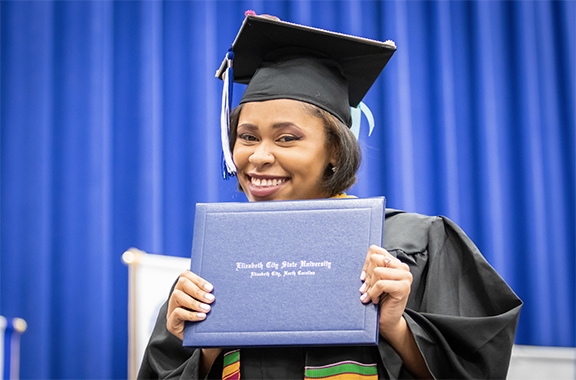 Elizabeth City State University’s Master of Elementary Education and Master of School Administration degree programs have received advanced accreditation from the Council for Accreditation of Educator Preparation, or CAEP.

According to Dr. Joy Smith, dean of the School of Education and Business and director of Graduate Education, advanced CAEP accreditation means that students in these graduate degree programs in the “teacher leader track,” are now covered by this accreditation. CAEP is an organization created to advance the excellence in educator preparation “through evidence-based accreditation that assures quality and supports continuous improvement to strengthen P-12 student learning.”

ECSU Provost Farrah J. Ward announced the news to the university’s board of trustees during their quarterly meeting Tuesday, Sept. 14. She explained that these programs had previously been accredited by the National Council for Accreditation of Teacher Education, but the accreditation responsibility has now moved to CAEP, which had accredited ECSU’s undergraduate teacher education program and Masters of Elementary Education’s initial licensure track two years ago.

According to CAEP’s standards for advanced accreditation, these programs are defined as “educator preparation programs at the post-baccalaureate and graduate levels leading to licensure, certification, or endorsement.”

Advanced level programs such as those at ECSU are designed to develop pre-K through grade 12 teachers who “have already completed an initial preparation program, currently licensed administrators, other certificated school professionals for employment in P-12” schools and school districts.

Dr. Smith says the CAEP standards represent a “sea change” in the way programs are assessed by the accreditation organization. Programs, she says, that are CAEP accredited have shown how they assess their students and have “developed metrics that document evidence of the education received by their students.”

“Achieving CAEP Advanced-Level Accreditation shows the evidence of the focused and rigorous learning undertaken by graduates of these programs,” said Dr. Smith.

ECSU also offers a Master of School Administration degree. Many of the region’s public-school principals have graduated from this program and have going on to lead K-12 institutions.

ECSU continues to receive high rankings from national organizations such as the recent Washington Monthly top 20 for bachelor’s degree colleges nationwide or the Military Times Best Bet for Vets, and most recently U.S. News and Worlds Report for Top Public Schools in the Regional South, 10th for Top Performers in Social Mobility in the Regional South, 22nd in the nation for Top HBCU, and 33rd for Best Regional College South. 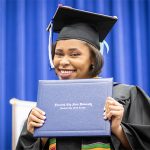