0
3.1K Views
Warning: json_decode() expects parameter 1 to be string, object given in /srv/users/serverpilot/apps/ecsunewsroom/public/wp-content/plugins/posts-social-shares-count/classes/share.count.php on line 66
0
Shares 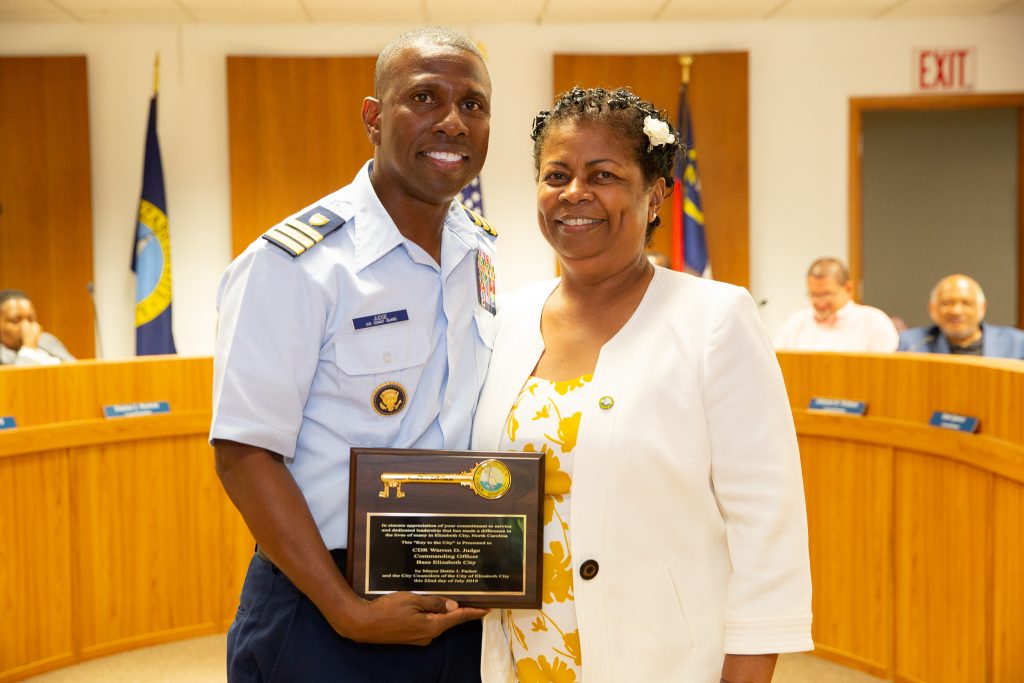 Whether you see him in his Coast Guard “true blues,” or the Viking royal blue of his alma mater, Elizabeth City State University, Cmdr. Warren Judge is always putting himself out into the community, making a difference. That’s why the City of Elizabeth City honored Cmdr. Judge with a key to the city during its regular council meeting Monday, July 22.

In a city memorandum, Cmdr. Judge was cited as a “staunch supporter of diversity and inclusion … .”

“Cmdr. Judge diligently spearheaded a partnership between the Coast Guard and Elizabeth City State University that improved Coast Guard recruiting efforts, bolstered career development strategies, and increased leadership opportunities at the university,” reads the city’s declaration. “Cmdr. Judge’s dedication and devotion to duty are most heartily commended and are keeping with the highest traditions of the United States Coast Guard.”

Cmdr. Judge’s military career could be characterized in one word: Exciting. The 1997 ECSU graduate played a pivotal role in the rescue operations in New Orleans during Hurricane Katrina, and he was the communications officer for not only the White House, but also Air Force One.

But back in 2016, he came full circle. Cmdr. Judge returned to Coast Guard Base Elizabeth City where he was stationed while a student at ECSU. He is the executive officer serving directly under the base commander.

Cmdr. Judge has said that ECSU gave him, “a lot of good opportunity for leadership.” While an enlisted member of the Coast Guard, he earned his degree in computer science from ECSU, before going onto Officer’s Candidate School.

Once Cmdr. Judge became an officer, he went on to earn his Master’s Degree in computer science from Howard University. After serving in New Orleans during Hurricane Katrina, he would move to Arlington, Virginia where he worked on building the command and control infrastructure to manage rescue missions. From there he went to Washington D.C. where he was the commander for career management for all Coast Guard officers.

Cmdr. Judge said the opportunity to apply to serve back in Elizabeth City eventually presented itself.

“Knowing the area, I thought I could serve the Coast Guard well,” said Cmdr. Judge in a past interview.

And since May 3, 2016, he has done just that. Cmdr. Judge has not only been a strong advocate for both his alma mater and the Coast Guard, but also for the community, volunteering his time and simply participating in life around the region. 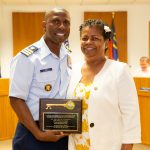