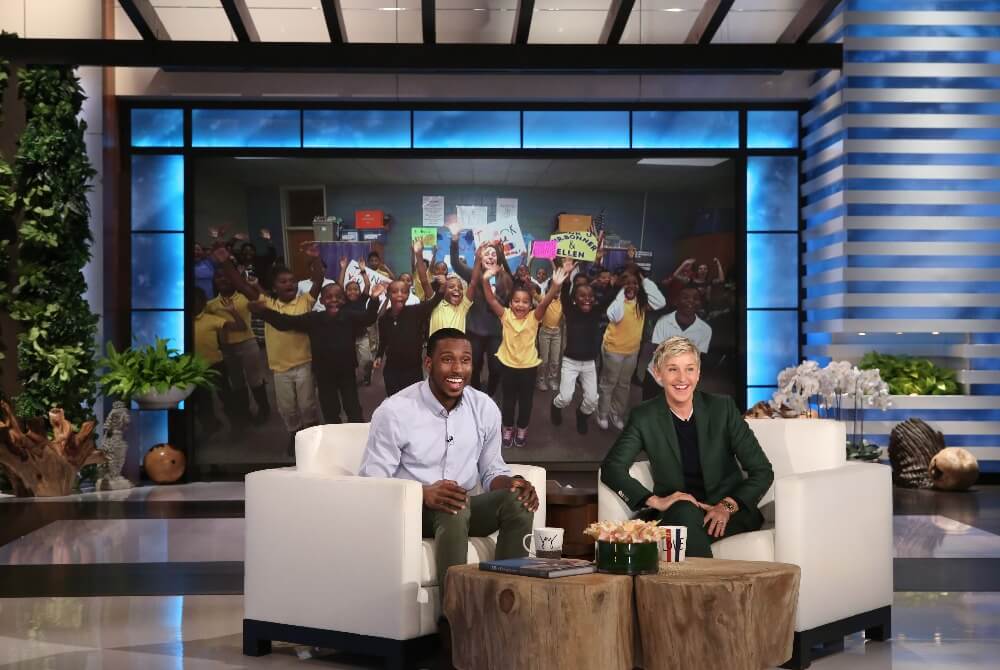 The 2013 ECSU graduate and nationally celebrated elementary school teacher was honored Friday July 14 in Washington D.C. at the annual HBCU Awards banquet as Alumnus of the Year.

The event took place in the nation’s capital attended by numerous honorees and HBCU school officials. Bonner was one of three finalists from ECSU for the 2017 awards sponsored by HBCU Digest an online news organization dedicated to reporting news about the countries many historically black colleges and universities.

Bonner was unable to attend the banquet however Vice Chancellor for University Advancement Dr. John Michael Lee accepted the award.

“The thing that’s great about Michael” Lee told the banquet crowd “is not only does he represent ECSU but he also represents the best of education.”

Bonner a native of Perquimans County has been a rising star for some time now. Bonner is a teacher at South Greenville Elementary in Greenville North Carolina and through innovative teaching methods has not only raised the achievement level a group of underserved students with an enthusiasm for learning but also has been caught in the national spotlight since last January.

Because of his innovative teaching methods using music to advance reading in his elementary school students Bonner was featured on The Ellen DeGeneres Show more than once honoring him and his students. He says the key to overcoming poverty is education and with that in mind he is always working on creative ways to reach his students.

“To break the cycle of poverty education is the number one tool” said Bonner in an interview last January.

Bonner’s experience as a young teacher and his decision to break new ground with his students not only led him to being acknowledged nationally but more importantly led his students to increased success in learning.

Bonner said he knew going in to South Greenville Elementary that there would be a challenge before him. Out of 36 schools in the Greenville North Carolina school district it was the least popular and arguably the most troubled when it came to the kids.

At South Greenville Elementary teacher turnover has been high in the recent past said Bonner. But none of that would deter Bonner. He was determined that he would reach his kids.

At first Bonner said he wasn’t seeing the results he’d hoped for in the test scores. Standard teaching methods were not reaching these kids. He needed to find a way to reach them and get them excited about learning.

“You have to find some way to engage” he said.

So Bonner began using music to teach his kids.

Bonner told his kids that if they performed well on their standardized tests he would make a music video featuring them and the song they created in class. That was their reward and they earned it.

The music video went online and something happened. It went viral and eventually caught the attention of his local television CBS affiliate and that led to the CBS national news desk picking it up which led to exposure to one of the producers with the Ellen DeGeneres Show.

The producer told Bonner they were sending a crew to interview his kids for an online series they were producing. As a thank you they would send him to Los Angeles as a guest on their show. Of course the whole thing was a ruse and Bonner became a special guest on the show highlighting and celebrating his efforts as a teacher.

Ellen DeGeneres presented Bonner and his school with technical equipment to help them continue creating videos and as aids to education. Wal-Mart said Bonner presented the school with $25000 and the show set up a Go Fund Me site for South Greenville to aid in needed funds.

Since that time Bonner and his students appeared once more on the DeGeneres Show and he’s been the featured speaker at a number of events including at ECSU. Bonner says he’s received job offers and continues to hear from people impressed with his success.

But for now Bonner is happy working with his students in Greenville. That is where the ECSU graduate and teacher’s star shines brightest. 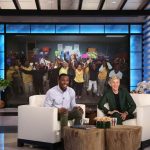