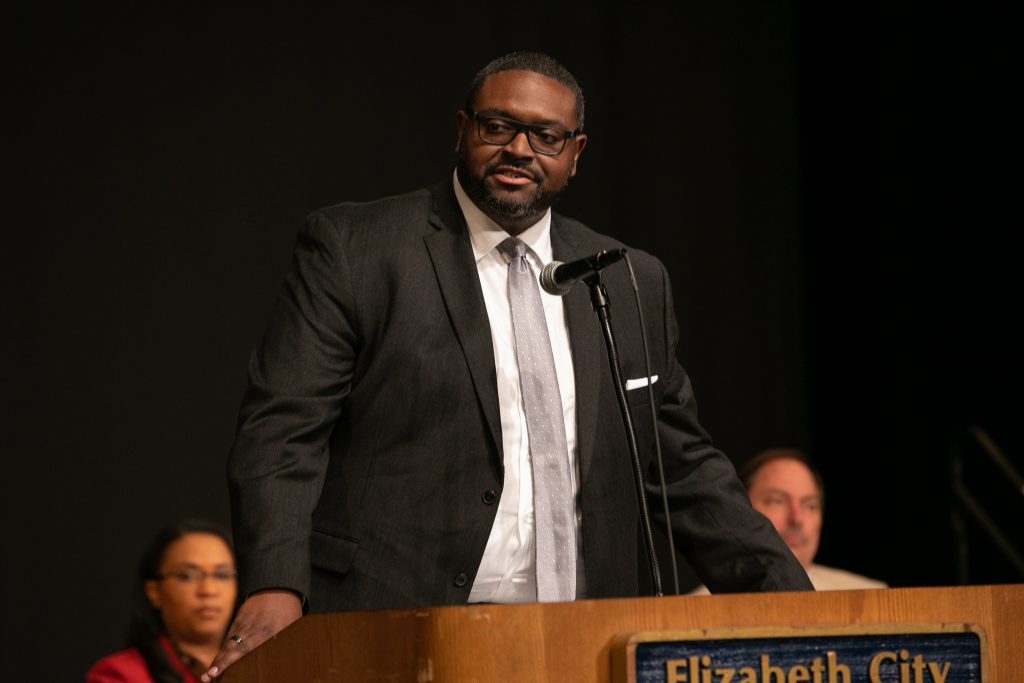 ECSU’s vice chancellor of student affairs, Mr. Gary Brown, was the keynote speaker for the university’s celebration of Constitution Day.

Mr. Brown, who holds a degree in history, highlighted the significance of the Constitution as a historical document, and as a living and changing document.

“What awesome power we have not only on paper, but in the palm of our hands,” Mr. Brown said of the Constitution.

The Constitution Day event is a part of the U.S. Department of Education’s mission to give students awareness of the important document, according to ECSU Chancellor Karrie Dixon. It is, she said in her opening remarks, required that all public institutions receiving federal funds hold such events and educate its students on the Constitution.

In his speech, Mr. Brown described himself as a “lover of history,” who could remember that time when he first fell in love. It was, he said, in the seventh grade; his teacher brought the subject alive for him by telling history’s story.

And so, he said, in honor of those who told him the story of history, “I’m going to tell you a story.” And Mr. Brown proceeded to read the Constitution’s preamble:

“We the People of the United States, in Order to form a more perfect Union, establish Justice, insure domestic Tranquility, provide for the common defense, promote the general Welfare, and secure the Blessings of Liberty to ourselves and our Posterity, do ordain and establish this Constitution for the United States of America.”

Mr. Brown explained that in the drafting and ultimately signing of the document, 39 representatives from 12 of the 13 newly formed states had six priorities:

Mr. Brown acknowledged that the Constitution was liberating for some, but had also created bondage for others. That, however, would change as the Constitution changed; establishing it as an evolving document.

Mr. Brown then outlined three key points about the creation and subsequent signing of the Constitution:

Mr. Brown encouraged those in the audience to be vigilant and support the foundation of democracy that is the Constitution.

“We work now to see to it that what it says in the Constitution is what we do,” he said. “That we work to shape our own unique contributions.”

Mr. Brown emphasized that participating in democracy and working to uphold the foundations of the Constitution are important to the present, to the future.

“I remind you today that the Constitution is designed for our use, and not for our review,” he said. 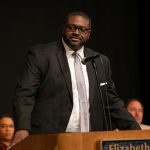