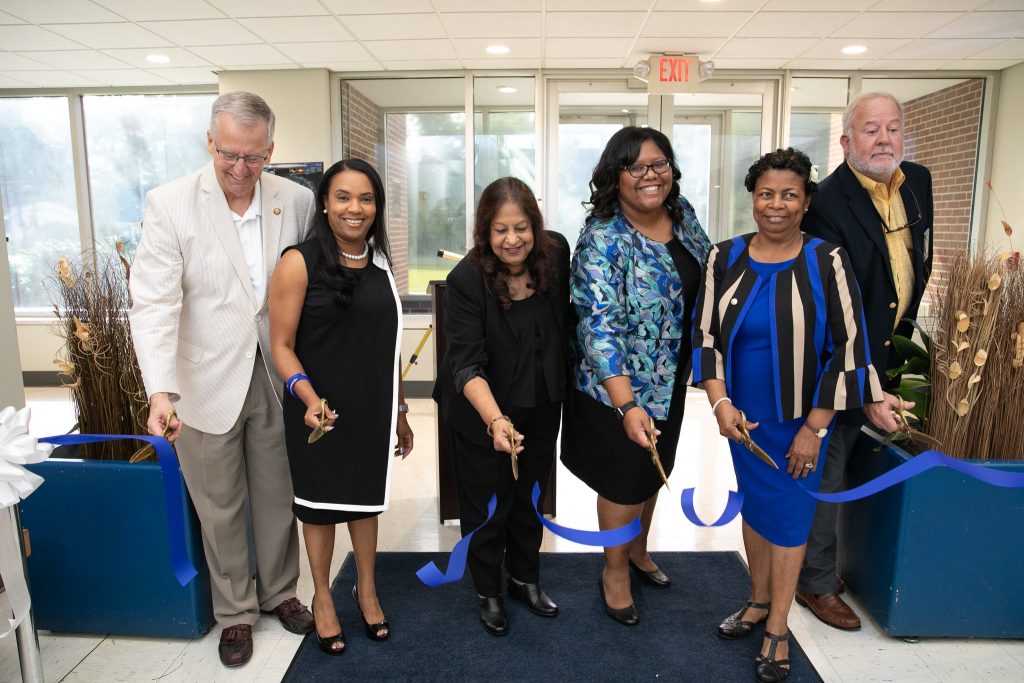 Elizabeth City State University has a new, state-of-the-art digital planetarium that is sure to take you to galaxies far, far away.

Last Wednesday, Sept. 4, ECSU and members of the surrounding community celebrated the grand re-opening of the Khan Planetarium with a ribbon cutting and reception. Located inside the Jenkins Science Building, the planetarium has been undergoing an extensive renovation and upgrade, making it a one-of-a-kind planetarium in North Carolina.

“ECSU will bring you to the moon, the sky, the stars, and a whole lot more,” said ECSU Chancellor Karrie Dixon during her opening remarks.

Many people in the Elizabeth City community have fond memories of the Khan Planetarium, Chancellor Dixon said. It was there that schoolchildren gazed upon the stars, learning of nebulas, black holes and more for the first time.

And now, she said, that tradition will continue, only with better technology and a renovated interior. The new facility is the only planetarium in the state with this state-of-the-art digital technology.

Although Hurricane Dorian was looming, and campus and community leaders were anticipating the storm’s arrival later in the week, more than 50 people gathered in the Jenkins lobby for the event. Community leaders such as North Carolina State Sen. Bob Steinburg, Pasquotank County Commission Chairman Jeff Dixon, and Elizabeth City Mayor Bettie Parker gave comments ahead of the ribbon cutting.

“As the university grows, so does the City of Elizabeth City,” said Mayor Parker, an ECSU graduate and retired area educator.

The planetarium is named for its past director, Dr. Sultana Khan. Mayor Parker said that it is thanks to educators such as Dr. Khan that her own education was fruitful and ECSU is the school it is today.

The planetarium’s new director is James Reynolds. New to ECSU, Reynolds comes to the university with a deep love for his work, and said he is excited about the community response to the re-opening of the planetarium.

The grand re-opening was part of a weeklong list of events to celebrate the installation of Chancellor Dixon. Due to Hurricane Dorian, the rest of the week’s activities were postponed to Oct. 10 through Oct. 13.

The installation ceremony will take place Friday, Oct. 11 at 10 a.m. inside the Mickey L. Burnim Fine Arts Center. For a complete list of events click HERE. 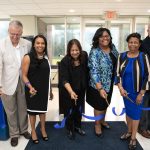